A prominent food-services chief executive officer caught on video abusing a dog in a downtown Vancouver condo elevator has been ordered by his company's board to donate $100,000 (U.S.) to establish a foundation in honour of the dog he has admitted to kicking and yanking on its leash.

The order from Centerplate Inc., announced Wednesday in a statement, is a condition for Desmond Hague's continued employment with the South Carolina-based food and beverage corporation that serves venues across North America, including BC Place, the domed stadium in Vancouver that was the venue for the opening and closing ceremonies of the 2010 Winter Olympics.

The organization Mr. Hague will finance will be called the Sade Foundation and support the protection and safety of animals in Vancouver, the statement said.

Centerplate also plans to contribute an undisclosed portion of its sales to the foundation named for the year-old female Doberman pinscher now in the custody of the British Columbia Society for the Prevention of Cruelty to Animals.

The board is also demanding Mr. Hague, who reportedly lives in Connecticut, serve 1,000 hours of community service in support of an organization that protects animal welfare and safety.

Mr. Hague is on "indefinite" probation so will face immediate termination for further misconduct. He has been chief executive officer and president of Centerplate since February, 2009, and is a former president at IHOP Restaurants.

"The company finds Mr. Hague's personal behaviour unacceptable and outside the bounds of our high standards and expectations of all of our staff. We do not condone nor can we overlook the mistreatment of animals and Mr. Hague's personal misconduct," the statement said.

In an incident caught on video and aired on a B.C. television station last week, Mr. Hague was seen kicking the dog, which belonged to a friend, and then hauling it by its leash in the elevator at the Private Residences of the Hotel Georgia. The incident reportedly happened in late July, according to a time stamp on the video – a copy of which was sent to Global News in B.C.

The SPCA received a copy of the surveillance videotape from a member of the public on Aug. 19 and immediately launched an investigation that included acting on a search warrant.

"She's in good physical condition and good hands now," Marcie Moriarty, chief prevention and enforcement officer for the SPCA, said Wednesday. Ms. Moriarty said she will adjudicate on whether Sade's owner will get the dog back, but has not yet reached a decision

Ms. Moriarty said a file on the case has been forwarded to the Crown for a decision on animal-cruelty charges, and that she could not comment further on the case given the SPCA's role as chief enforcement agency in the matter.

But she added: "It's fair to say we are pleased the incident has not been ignored by the company."

In its statement, Centerplate acknowledged Mr. Hague is "truly ashamed" of his actions and has expressed "sincere remorse and shame for erratic behaviour that is uncharacteristic of him."

"This incident is completely and utterly out of character and I am ashamed and deeply embarrassed," he said. "Under the circumstances of the evening in question, a minor frustration with a friend's pet caused me to lose control of my emotional response.

"Unfortunately, I acted inappropriately and I am deeply sorry for that and am grateful that no harm was caused to the animal."

Mr. Hague said he had apologized to the dog's owner. 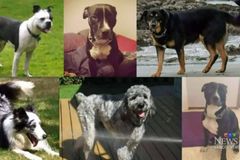 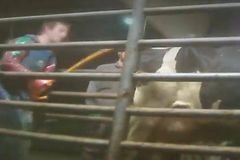