Nearly half of the child-care centres in Vancouver charge parents a fee to put their child's name on a waiting list – among the highest rates in Canada, a new report says.

The report on the cost of child-care in Canada, which was released on Monday by the Canadian Centre for Policy Alternatives, notes 47 per cent of child-care facilities surveyed in Vancouver and 29 per cent in Richmond charge waiting-list fees. The practice was banned in Ontario earlier this year, but remains legal in British Columbia.

"If parents wish to have their children on multiple wait lists (as they are often advised to do to improve their chances of finding an available space) this can increase their costs even before they obtain a space," the report says.

From the archives: So the PM's kids are getting safe, publicly funded care. What's he going to do for the rest of us?

"Further, simply being on the wait list is not a guarantee of obtaining a spot, even if a fee is paid."

The report paints an alarming picture of the cost of child care in Canadian cities, with fees increasing well above the rate of inflation in recent years. Families can pay more than $10,000 a year in some cities for a single child, depending on age. In Vancouver, the average cost for a toddler is nearly $16,000 a year, the second highest, after Toronto, the study found.

On top of those costs, waiting-list fees were found in most cities. The report says 27 per cent of centres in Burnaby, B.C., and St. John's charged for a spot on the list. Before Ontario's ban, the figure in Toronto was 17 per cent.

For Kristi O'Neill of Richmond, B.C., whose son was born in April, the situation is worse. She said she did not find a centre in town without such a fee. She put her child on seven lists.

She said she does not have a problem with reasonable fees, but would like some transparency on where a child stands on the list and a refund when a space is obtained elsewhere.

"I am willing to pay $25 for a wait-list, but it would be nice to have some kind of refund if I notify that I no longer need the spot, or a partial refund," she said. "It's also wrong to accept the fee if you know there isn't going to be a spot in the next three years."

She said the real problem is not enough daycare spaces, and that a refund would encourage parents to notify daycares when they no longer need the spot.

"It's like, 'I'm paying for this spot, why would I voluntarily give it up if I don't get my money back?'" she said.

Sharon Gregson of the Coalition of Child Care Advocates of BC said high waiting-list fees are often in the big chains and not in the non-profit sector or small, private operators.

"A typical fee would be $20, and that is really a recognition of when you have hundreds of people in the wait-list to try and manage that so that you're putting staff time into it, too," Ms. Gregson said, "making sure the right person is being offered the space."

But she acknowledged that even at a small fee, the costs add up. "This is one more indication of the dysfunctional childcare chaos that exists in our province," she said.

The Ontario government banned waiting-list fees and deposits in September, calling them unfair. The Canadian Centre for Policy Alternatives report, conducted before the change in Ontario, showed 41 per cent of centres in Markham and about a quarter in Vaughan and Windsor charged fees.

A spokesperson for B.C.'s Ministry of Children and Family Development issued an e-mailed statement that said Children's Minister Stephanie Cadieux is examining waiting-list fees and will bring up the issue in the new year in a meeting with the Provincial Child Care Council.

The federal government promised last year to work on a national early learning and child-care policy, bringing down the cost and increasing availability.

Prime Minister Justin Trudeau said Monday that the plan would be finalized and made public next year.

"Any national perspective on child care will have 10, possibly plus three, very different ways of approaching it, and that's one of the strengths and challenges of our federal system," Mr. Trudeau said during a year-end news conference. 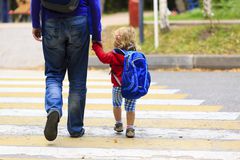 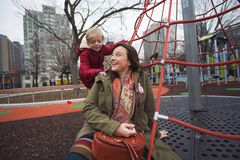