The B.C. government's controversial wolf kill program is under attack on multiple fronts.

It is not just environmental groups that are critical of the cull, in which wolves are shot from helicopters, but pop icons and scientists are piling on, too.

But as the opposition mounts, B.C. looks increasingly bad.

"I am shameless when it comes to making changes in a world that at times needs to re-evaluate its morals when dealing with kindness and compassion towards animals," Ms. Cyrus said, asking her 28 million followers to sign a Pacific Wild petition objecting to the hunt.

Instead of thanking Ms. Cyrus for her interest, and taking the opportunity to explain B.C.'s position to a massive audience, Premier Christy Clark sought to belittle the young actor and singer.

"If we ever need help with our twerking policy, we'll go to [Ms. Cyrus]," said Ms. Clark, who apparently thought she could dismiss her critic because she dances provocatively.

Ms. Cyrus is a pop star. Her stage acts are choreographed performances, and while Ms. Clark may not approve of the show, that doesn't mean Ms. Cyrus is stupid or that her opinion is not worthy of consideration.

Ms. Clark soon came up against another, more mature, and more articulate critic in Pamela Anderson who, just before arriving in Vancouver for a book signing last week, [Friday, Sept. 18] fired off a letter to the Premier.

"We all want to restore the populations of endangered caribou, but gunning down wolves is not the answer," wrote Ms. Anderson, who is an honorary director of PETA. "Hunting is a grossly inefficient method of wildlife control, because more animals will simply move into the less populated area to replace the ones who have been killed."

Ms. Anderson, who was born in B.C., appears to be well informed on the wolf hunt. But perhaps Ms. Clark can dismiss her criticism because Ms. Anderson, after all, did appear in Baywatch.

It will be hard, however, to brush off the views expressed earlier this year by five wildlife scientists.

The B.C. plan to save endangered herds of caribou by slaughtering wolf packs is largely based on a predator-control study in Alberta in which caribou were monitored over a 12-year period while nearly 600 wolves were being killed off. That study showed mixed results – decline of the caribou population slowed, but it was not clear predation was reduced by the cull. The researchers concluded, however, that predator control was beneficial. In drafting its wolf-kill program, B.C. used as advisers two of the authors of the Alberta study.

Dr. Brook and his colleagues have subsequently attacked that study as unethical, saying it inhumanely killed hundreds of wolves.

"From an animal welfare perspective, this controversial study should never have taken place," the researchers stated. "Experiments that involve the intentional inhumane killing of animals violate the fundamental principles of ethical science and rightfully endanger the reputation of science and scientists."

They also pointed out another study found that killing wolves to protect domestic stock had a reverse effect. Culling breaks up wolf packs, freeing sub-dominant males to breed. The result can be more packs and more predation, not less.

Ms. Clark can mock pop stars all she wants, but when their views are supported by wildlife experts, it becomes a little harder to dismiss them.

B.C.'s controversial wolf cull program to save caribou will continue
May 15, 2018 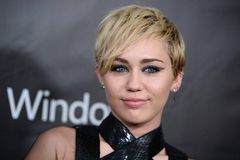