To Christy Clark, the campaign for a fourth straight B.C. Liberal term was "the most important election in modern history" as she told reporters after visiting Government House to have the Legislature dissolved. It is a routine declaration from politicians. The point is open to debate, but what was really crucial to Ms. Clark was her political future, which came to hang on the outcome of the 28-day campaign.

In an astonishing turn-around, Ms. Clark led the Liberals to re-election for a fourth term.

"She did it. This is her victory," said former federal cabinet minister Stockwell Day, who has been an active supporter of the Liberals since leaving federal politics.

About two years after winning the leadership of the Liberals with the support of only one caucus member, Ms. Clark stood to be vindicated or reduced to a political footnote as a short-term premier on whose watch the NDP won a rare governing mandate from B.C. voters.

But as the race ended on Tuesday, Ms. Clark declared her fate of her own making. She said she had no regrets about the campaign she had run, without compromise, to connect with the province's voters.

According to her handlers, Ms. Clark came to New Town for one last event – a statesmanlike message to encourage British Columbians to vote.

But in many respects, her brief appearance was a microcosm of the campaign itself.

Asked to sum up the campaign, Ms. Clark talked about the economy – largely the fuel for 89 stops in 47 B.C. communities. Many of those had her wearing a hardhat as she posed against a backdrop of plants, factories and other industrial operations to add imagery to her theme that the Liberals were best able to sustain a robust economy.

"We ran a campaign where we talked about the issues I think people really cared about, which is the economy – grow the economy versus growing government, making sure we have the strong leadership we need in a very, very tough world economy."

She made trips to the north to depict her party as best able to nurture the liquefied natural gas sector, which she says could generate billions to pay down the province's debt. At every stop, she contrasted her Liberals with an image of the NDP as opposed to development or inclined to tax the resource sector.

When asked if she was running a fear-based campaign against the NDP, Ms. Clark said she was simply pointing out vague promises in the party's platform and facts worth debating.

Ms. Clark ran on a platform released in full as the campaign officially began that included a freeze in personal income tax rates for five years and a carbon tax freeze for the same period. Among other promises, the Liberals said they would hold a public referendum on tax or toll measures to pay for transit projects in the Lower Mainland.

It was also a campaign of sharp jabs at B.C. NDP Leader Adrian Dix, whom Ms. Clark called a weak leader, and akin to a weathervane, over accusations that he had changed positions on issues.

Standing in New Town, Ms. Clark noted she had connected with a lot of people across B.C. "I even went north of Prince George," she said with a smile, referring to Liberal criticism of Mr. Dix for not following Ms. Clark into the far north of the province.

And there was an actor's flourish to Ms. Clark's New Town visit. Upon entering, she politely took up a coffee pot, then went around the establishment offering to pour for customers. Throughout the campaign, Ms. Clark had an eye for such moments, sweeping children up into an embrace or playing basketball on an airport tarmac with her 11-year-old son.

Pundits and pollsters suggested the mix of focus on the economy and gung-ho campaigning helped close the polling gap between the Liberals and the NDP, although it appeared, as voters cast their ballots, the NDP had recovered a solid lead. In public, Ms. Clark dismissed the polls.

At the end, Ms. Clark suggested she had left nothing on the field. "I feel like we worked as hard as we could," she said as she left New Town. "I feel pretty good about the campaign that we ran."

What happens now that Christy Clark won the election but lost her own riding?
May 11, 2018 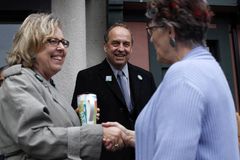 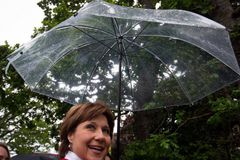 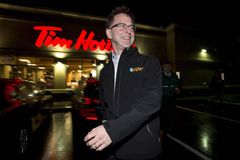 In the safest of seats, B.C. constituents weigh the value of their vote
May 11, 2018 Payday has come for the lucky traders who put their money where the votes are
May 11, 2018 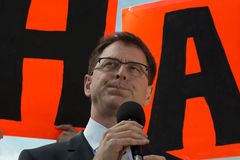 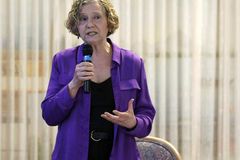