Premier Christy Clark has put the Prosperity Mine atop her federal-provincial agenda, pressing Prime Minister Stephen Harper in their first meeting to get on with the project previously scuttled by the federal regulator on environmental grounds.

Ms. Clark indicated Tuesday she was not backing down in her bullish support for the open-pit copper and gold mine, although that enthusiasm generated anger from environmentalists when she laid it out during the campaign to become leader of the BC Liberals.

Native groups have also expressed concerns about the project, which is to be located about 125 kilometres southwest of Williams Lake.

Going into her first caucus meeting as Premier, Ms. Clark told reporters that she advocated for the project on economic grounds.

"I told him I'm interested in making sure we find a way to get that mine going in British Columbia because it's important for investment, it's important for jobs, for families across the province to make sure our rural economies are really working," she said. "So we talked about that and we are going to continue talking about that."

Supporters say the Prosperity project would be a major economic boost for a B.C. region hard hit by a forest-sector downturn, and also create hundreds of jobs.

Mr. Harper confirmed that he met privately with Ms. Clark on Tuesday morning, but did not comment on the content of the talks.

"I am very hopeful that we will continue to move forward in a productive relationship," he told reporters, following an election-style announcement in Surrey.

He did not mention Prosperity. But an official in the PMO later noted the Prime Minister has previously been clear that the government has rendered a final decision regarding the original application. But if the proponent proceeds in a manner that respects the environmental concerns raised by the assessment, the official said in a statement on Tuesday, Ottawa is open to assessing that proposal.

Last year, B.C. approved the project, but Ottawa rejected it over environmental and wildlife concerns, including the draining of Fish Lake, once featured in a provincial tourism campaign.

Last month, Taseko, the company that's developing the project, submitted a revised proposal. The Canadian Environmental Assessment Agency has said it is reviewing the submission.

In a statement last month, Ms. Clark noted that she was committed to bringing the project to an "environmentally sustainable conclusion."

Also Tuesday, Mr. Harper said the Tories will continue to have a strong bench of MPs in British Columbia despite the announcement last week that cabinet minister Stockwell Day and Chuck Strahl, as well as veteran MP John Cummins, all from B.C., will not be running in the next election.

"We have a great team in British Columbia and, as much as we'll miss these strong colleagues, we have a lot of others that are all too anxious to fill their place, and I'll cross bridges in terms of election when we get to them."

Can Christy Clark get along with federal Tories?
May 3, 2018 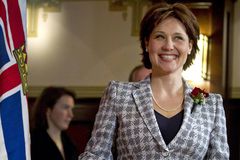 BC NDP candidates announce endorsements
May 3, 2018 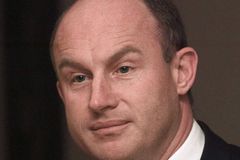 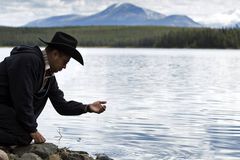 B.C. regulator to review Taseko trades made before mine decision
May 2, 2018 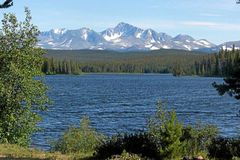 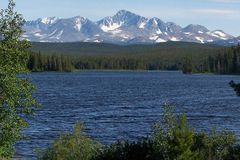 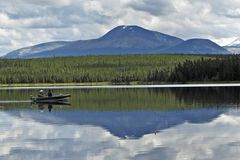 Aboriginals talk strategy to take on Prosperity Mine project
May 2, 2018 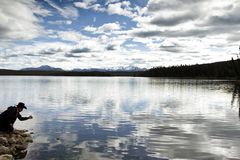