It remains to be seen how much damage, if any, Premier Christy Clark did to relations with the Trudeau government thanks to the showy display of brinksmanship she indulged in at the recent climate talks in Ottawa.

Ms. Clark famously walked out of the meetings, albeit briefly, insisting she could not sign on to a pan-national carbon agreement without some way of ensuring the measures were equitable across the country.

British Columbia contends that consumers in provinces employing a cap-and-trade system to reduce carbon dioxide emissions (Ontario and Quebec) rather than a carbon tax would be affected to a lesser degree. Ms. Clark wanted language inserted into the pact agreeing that an analysis of the comparative effect of the two approaches would be undertaken in 2020, before B.C. had to raise its tax (currently at $30 a tonne) under the schedule of rate hikes set out in the climate accord.

Opinion: Canada can be a global economic – and environmental – leader

Federal officials insisted that proviso was already part of the agreement before Ms. Clark dramatically left the meetings to tell reporters she could not sign on. (And then minutes later returned to do just that). Those same officials were said to be furious with what they viewed as a political stunt designed for Ms. Clark to leverage during next spring's provincial election. The Premier's office, meantime, maintained the initial wording of the annex B.C. was seeking was not as precise as the province wanted.

It is certainly not difficult imagining someone of Ms. Clark's hyper-partisan nature staging a walkout for some perceived political advantage down the road. At the same time, her underlying concern – that the public in one area of the country will carry less of a financial load in the name of reducing emissions than another – is valid.

This is among the reasons Ontario and Quebec went the cap-and-trade route: It will not hit a person's wallet as hard as a carbon tax. Ontario, where the Liberal government's green agenda has sent electricity rates soaring, might have had a full-fledged taxpayers' revolt had Kathleen Wynne agreed to be part of a plan that would make consumers pay a $50-a-tonne carbon tax in a few years.

So, we will see where matters sit in 2020. Most economists agree it is extremely challenging, if not impossible, to make straight-line comparisons between the two climate tactics. Of course, B.C. will have a provincial election in the interim, so we do not know whether Ms. Clark will even be in a position to press her point further at some first ministers meeting down the road.

But something I think was lost amid the gamesmanship we witnessed in Ottawa last week is what is happening with GHG emissions in B.C. over all. The fact is, Ms. Clark's act of bravado on the national stage was a convenient distraction from an ugly truth: Once considered Canada's climate leader, B.C. is now an embarrassing environmental laggard.

Of Canada's four most populous provinces – Quebec, Ontario, Alberta and B.C. – only the first three are projected to have decreases in carbon pollution by 2030, according to the Pembina Institute.

Conversely, emissions in B.C. are projected to increase 39 per cent by 2030, and the province is certain to miss legislated reduction targets by 2020.

And according to a new report by Navius Research, B.C.'s emissions could hit 66 megatonnes by 2050 – a more than fourfold increase over its stated target for that year.

The analysis is based on the assumption that a few of the liquefied natural gas projects Ms. Clark has promised get under way in the next few years.

All of which leads to the question: Why is B.C. even part of a climate accord? If the province intends to ignore its targets, both in the short term and long, why be part of some grand plan to reduce emissions nationally? Why not just confess that the province under current management has no further interest in this area – it was former premier Gordon Campbell's baby anyway – that the economy comes first and always will.

Pretending to be a tough negotiator in front of the national media is easy. Being a progressive, uncompromising leader in the fight against climate change is much more difficult. Ms. Clark is betting the public sees things her way in the next election.

Opinion
Canada can be a global economic – and environmental – leader
December 12, 2016 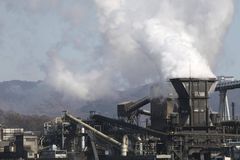 Justin Trudeau clinches climate deal despite Christy Clark’s balk
December 9, 2016
British Columbia’s climate plan going in ‘wrong direction’: study
December 5, 2016
Follow Gary Mason on Twitter @garymasonglobe
Report an error Editorial code of conduct
Due to technical reasons, we have temporarily removed commenting from our articles. We hope to have this fixed soon. Thank you for your patience. If you are looking to give feedback on our new site, please send it along to feedback@globeandmail.com. If you want to write a letter to the editor, please forward to letters@globeandmail.com.
Comments