After winning a mandate on a promise to wipe out British Columbia's debt, Christy Clark will announce a new cabinet on Friday in her first step to show voters over the next three months how she intends to deliver on her ambitious commitment.

Ms. Clark hasn't set out a clearly defined transition plan, but she will be running hard this summer to define what she wants to do with the majority she secured on May 14. She will recall the legislature as early as this month to pass a budget. Next week, she will launch a by-election campaign in Westside-Kelowna to win a seat in the legislature. She has promised a probe of government spending, similar to the "core review" conducted in 2001 by her predecessor, Gordon Campbell.

But above all, she needs to set in motion her plan for a debt-free B.C. Ms. Clark crafted her campaign around an economic agenda that would see more investment in resource extraction, and her new minister for natural gas development will be a pivotal appointment. The Liberal platform hinges upon seeing five new liquefied natural gas plants built by 2020, and the new minister will need to demonstrate progress on a file that relies heavily on international market realities.

Pollster Greg Lyle, a former B.C. Liberal campaign manager, said his post-election research shows a need for Ms. Clark to demonstrate change to hold on to the support of the so-called 10-second Liberals – a key segment of voters to whom she owes her victory. Those are the voters who were not in the Liberal camp at the beginning of the election campaign, but were won over by the Premier's strong economic message.

Mr. Lyle's firm, Innovative Research, conducted a survey between May 22 and 31, with a sample of 648 British Columbians, to find out what drove voters to make the decisions they did – and when.

The online poll, which the company says is accurate within a margin of error of 3.9 per cent, helps explain why the B.C. NDP appeared to be heading to victory right up until election day. The survey found roughly one-quarter of voters who supported the Liberals made up their mind on election day. It appears it was those 10-second decisions in the polling booth that turned the tide.

As well, the New Democrats mistakenly took comfort in the large number of British Columbians who told pollsters that they wanted change. Mr. Lyle's survey found a surprising number of Liberal voters could square that circle – 17 per cent of Liberal supporters still agree with the "time for a change" statement.

"We know the voters that really matter now are the 'time for a change' Liberals," he said. Those critical swing voters – people who support the Liberals and want change – are now looking to see Ms. Clark govern differently than she has in the past two years.

"Those people are under constant pressure, they are torn over their loyalties, they can be lost," he said.

His poll found that the NDP's campaign theme, promising change "one practical step at a time," was a plus. But NDP Leader Adrian Dix's campaign performance, and his history with the NDP government of the 1990s when he falsified a memo, dragged the party down.

The Liberals correctly identified the NDP's weaknesses in the campaign and made Mr. Dix's memo and the NDP's record in government an effective motivator at the polls. "There is no secret sauce," Mr. Lyle concluded. "What we saw, worked."

B.C. Election by the numbers

17% - share of Liberal voters who agreed with the statement "it's time for a change."

12% - Respondents who said the most important factor in their decision was voting "against the NDP."

40% - NDP voters who think it is time for a new party leader.

2% - Liberal voters who identified the parties' stands on pipelines as the most important factor.

71% - NDP voters who made up their mind before the election campaign.

53% - Liberal voters who made up their mind before the election campaign.

Source: Innovative Research Group. The online survey was conducted between May 22 and 31, with a sample of 648 British Columbians, providing a margin of error within 3.9 per cent, 19 times out of 20.

B.C. Premier Christy Clark busy assembling a cabinet of her own
May 11, 2018 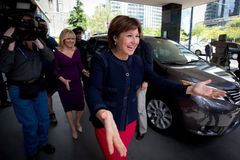 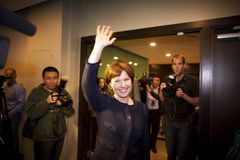 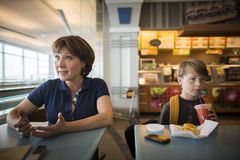