A piece of downtown freeway that was created in the 1960s should be demolished before new development makes that impossible, the city's chief planner said as staff did a public launch of the plan to take the viaducts down.

"There is a very narrow time for these large city-building opportunities to take place. It's the right time for this to happen," said Brian Jackson, as he and the heads of engineering and parks made the case for why the city should spend $200-million to take down the two viaducts and create a big new city park and hundreds of units of housing with the newly available space.

"This is one of the most exciting things this city has done in decades."

The idea of demolishing the Dunsmuir and Georgia viaducts, which constitute one of about a half-dozen commuter routes between the downtown and east Vancouver, first emerged in 2011. It was an idea strongly promoted by now-deceased councillor Jim Green.

After four years of debate and studies, staff are now taking forward a report to council later this month recommending the demolition. They say it could be done within five years if council approves the report.

It will cost about $95-million to remove the viaducts. The remaining $105-million will be used to reconfigure the roads at ground level, as well as create a new five-hectare park and an alternative bike bridge to replace the bike lane that exists now on the Dunsmuir viaduct.

Staff say the $200-million will be covered through fees on development in the area.

Concord Pacific, which is waiting to develop the last parcels of former Expo 86 land it owns on the western end of the viaducts, will get some extra density as a result. Mr. Jackson said the city may sell some of its land around the viaducts.

In all, the viaduct-free area could see 2,500 units of new housing from Concord and potentially another 1,000 on the two city blocks east of Main, with a major park in between those clusters.

Mr. Jackson said the city is aiming to create affordable housing on both the Concord and city land, but didn't have target numbers for how much would be below-market altogether.

Engineers say it will only take about one to three minutes longer for motor vehicles to commute even in the busiest times through that area, which is a filled-in part of False Creek that sits below the escarpments of the downtown on the west and Clark Drive on the east.

The total number of lanes will go from nine (five on the viaducts and four on the two boulevards underneath) to six, with Expo and Pacific boulevards expanded to three lanes apiece. They will then connect to downtown through a new extension of Georgia Street that brings it down to sea level.

"This better meets the needs of commuter traffic," said the city's acting manager of engineering, Jerry Dobrovolny. He said only 6 per cent of commuter traffic to downtown is on the viaducts and that emergency vehicles won't use them because of the risk of getting stuck with no possibility of exit in a traffic jam.

The city is also looking at reconfiguring other roads east of Main to route commuters away from a street that borders residential Strathcona and onto one that runs through a more industrial area, said Mr. Dobrovolny.

That will cost about another $100-million, although the federal government is expected to contribute substantially to the most expensive piece of that, which is building a bridge to go over the rail tracks.

That new route, potentially along Malkin Avenue, would also better serve the new St. Paul's Hospital that is planned for the area.

Political opponents and resident groups say there is still a lot of information missing to help them decide if this is a good deal for the whole city.

"I think there's support overall for the concepts but you have to weigh that against the impact on our prosperity as a city," said Non-Partisan Association Councillor George Affleck. 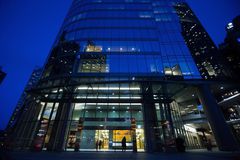 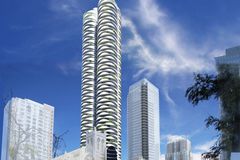 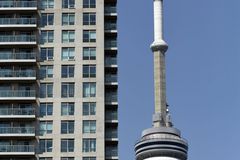