A clam fishery that produces a harvest worth about $50-million a year has become the focus of intense lobbying efforts as groups manoeuvre for control of some of the prime growing sites in British Columbia.

The Pacific geoduck (pronounced gooey-duck) is the largest burrowing clam in the world and since the late 1970s, when divers learned to dislodge the bivalves from hard-packed sand using jet streams of water, the wild fishery has grown into one of the most prosperous on the West Coast.

There are only 50 wild harvest licences in B.C., but with a big demand for the product in Asia, there has been increased pressure on the Department of Fisheries and Oceans (DFO) to permit the development of new geoduck farms. B.C. produces about 1,500 tonnes of geoducks annually, of which about 75 tonnes are cultured. An adult clam weighs about 1 kilogram and sells for about $25-$35 at the dock in B.C.

Management guidelines to govern how the aquaculture industry can expand without damaging the wild fishery were due out last year but are still pending. Now one company has grown tired of waiting.

In a recent letter to federal Fisheries Minister Gail Shea, Haida Seafood Products Ltd., a company partly owned by the Old Massett Village Council, states that it is going to mark out the boundaries of a new geoduck farm on the north coast of Haida Gwaii, and simply go into production without awaiting government approval.

"Fisheries and Oceans and the Underwater Harvesters Association [UHA] will be notified that our tenure site is off limits to any and all commercial fisheries," states the letter. "We will purge harvest the wild geoduck on the tenure site to free up space for geoduck seeding."

Daniel Rabu, CEO of Haida Seafood Products, said the guidelines have been delayed because of UHA lobbying, and his company has grown frustrated waiting for change.

"We've come to a point where we are no longer prepared to accept the delays," said Mr. Rabu.

He said the site the company is claiming is a small portion of the area harvested by the wild geoduck fishery.

"We focused on a 50-hectare site, which is less than 1.8 per cent of the total area that is commercially fished in Haida Gwaii right now. So we are not taking a lot away from them," he said.

Mr. Austin said stakeholders have spent years in discussions with the DFO over the guidelines and it is wrong for the Haida company to act unilaterally.

"They are walking away from the application process," he said. "Of course, we object to that. They are basically saying screw you to the Department of Fisheries. And that is offensive."

Mr. Austin said the UHA understands the demand for increased geoduck farm sites, but pointed out that setting aside clam beds for aquaculture will reduce the wild-fishery areas.

"Our fishery is always concerned about losing grounds," he said.

Some geoduck farms already exist in the Strait of Georgia but the new guidelines will open the entire coast to applications. Mr. Austin said the farms that will be proposed will range in size from 10 to 100 hectares.

"So extrapolate that around the coast a few times and we would lose significant ground," he said. "Essentially it's reallocation. It's expropriation of the wild fishery in favour of aquaculture, without compensation to the wild fishery."

DFO did not provide a representative to take questions on the issue, but Frank Stanek, manager of media relations, responded with an e-mail saying the government "will continue to work with interested stakeholders including the Haida, to address their concerns and facilitate opportunities for them to develop aquaculture operations." 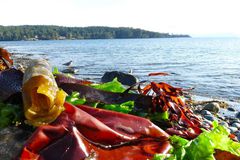 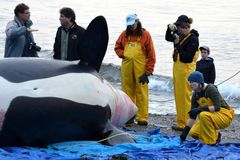 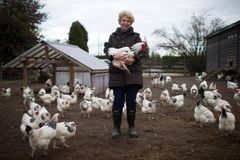 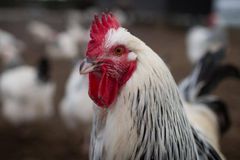