Premier Christy Clark's "fix" for rising BC Hydro rates will benefit families – by an average saving of $3 per month.

Ms. Clark vowed to take on the Crown utility in one of her first acts when she became Premier in the spring, saying average families couldn't afford the 32-per-cent rate hikes that Hydro wanted to impose over three years. She ordered a Hydro rate review as part of her commitment to revisit the "total burden of costs that government puts on citizens."

That review, released last week, called for massive job cuts at the Crown corporation – from 6,000 full-time positions down to 4,800 – and other spending reductions to curb rising costs.

Last Thursday, the government ordered BC Hydro to cut the rate of its planned increase in half, to 16 per cent over three years. At those rates, the average residential user will pay $4 per month more in each of the next three years, according to BC Hydro president Dave Cobb.

Last December, when the Crown corporation announced its planned rate increases, BC Hydro estimated that a 32-per-cent hike over three years would cost the average household $7 per month each year. At the time, Mr. Cobb said the rate hikes were required to pay for $6-billion in capital costs to meet growing demand, and to renew or replace aging facilities.

But Ms. Clark, even when she was running for the leadership of the B.C. Liberal party in February, said her "families first" agenda would require a rethink of BC Hydro's priorities. She has also ordered a rate review of BC Ferries, which is still in progress, and has rejected ICBC premium increases.

The Hydro review found that some of the planned capital projects could be scaled back by easing legislated requirements to achieve energy self-sufficiency by 2016, and Energy Minister Rich Coleman has accepted the recommendations.

But the review also criticized BC Hydro for gold-plating, citing examples of excessive planning and over-engineering while the payroll ballooned by 40 per cent over the past four years.

BC Hydro now must go back and find $800-million in savings, which are likely to come from delaying capital projects and slashing operating costs. It will also likely come up with rosier forecasts for revenues and stretch debt repayments over a longer period of time.

"There is going to be a lot of pain at BC Hydro to get a small amount of relief," he said. "But the increases were so excessive that any respite is going to be welcomed by customers. Half of 32 per cent is better than 32 per cent."

Mr. Horgan said the government is putting too much stock in slashing jobs when it should be rethinking big-ticket infrastructure costs such as the $1-billion Smart Meter program.

He also questioned whether BC Hydro's industrial ratepayers should receive the same benefits of the rate review. "If they are scaling back industrial rates, I think that would be wrong." He noted that some of the major projects, such as the Northwest Transmission Line, will benefit industry not residential customers. 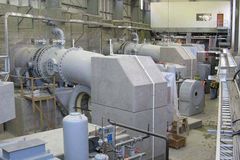 B.C. review of BC Hydro’s proposed rate hike calls for 1,000 job cuts
April 29, 2018
Deal aims to resurrect B.C.’s Bute Inlet hydroelectric project
April 29, 2018
Privacy commissioner launches investigation into BC Hydro's Smart Meter program
April 29, 2018
The return of salmon to Salmon River
April 30, 2018
Follow Justine Hunter on Twitter @justine_hunter
Report an error Editorial code of conduct
Due to technical reasons, we have temporarily removed commenting from our articles. We hope to have this fixed soon. Thank you for your patience. If you are looking to give feedback on our new site, please send it along to feedback@globeandmail.com. If you want to write a letter to the editor, please forward to letters@globeandmail.com.
Comments