"We aren't contemplating any changes at the moment to the way we approach that," Ms. Clark told reporters on Wednesday, when asked about the bear hunt.

"We have a record number of grizzly bears in the province, a huge and growing population, and the hunt is scientifically managed."

She said B.C. – which this year issued more than 3,000 bear-hunting licences – does a better job of managing grizzly bears "than anywhere else in North America and we are going to keep doing that."

Ms. Clark argued recently, in responding to criticism of the wolf cull by pop sensation Miley Cyrus and actress Pamela Anderson, that the province's wildlife policies are based on sound science.

But on Wednesday, 10 environmental groups attacked the wolf cull in a letter to the Premier, saying the cull, which was implemented to protect endangered caribou, is not working. The groups called on the government to stop shooting wolves and instead to protect more caribou habitat.

"The province always says they have the science to justify the hunt … but where are their scientists?" he said. "They don't have one set of gumboots on the ground in the Great Bear Rainforest."

Mr. Neasloss said his First Nation, which is based in Klemtu, about 200 kilometres south of Prince Rupert, declared a ban on grizzly bear hunting in its traditional territory in 2012. He said boats are patrolling coastal inlets this fall, and if anyone sees hunters, they will tell them the First Nation opposes the hunt and ask them to leave.

The grizzly bear hunt opened Thursday in the Knight Inlet and Kingcome Inlet areas on the central coast, but the season has been under way since the start of September in some regions and since August in the Peace River Country. It runs until Nov. 15.

Al Martin, director of strategic initiatives for the BC Wildlife Federation, said the grizzly hunt is carefully controlled in B.C., and wildlife managers take into account the mortality of bears from all factors before determining how many licences to issue to hunters.

A government spokesperson said 3,469 grizzly bear licences have been issued for 2015, but it is expected that only a small number of bears will actually be killed. In 2014, 3,067 licences were issued and 267 bears were taken by hunters.

But for those who oppose the hunt, even killing one grizzly bear is too much.

"We're absolutely horrified by the hunt," Eric Boyum, who runs Ocean Adventures wilderness charters on the B.C. coast, said in an interview via marine radio. "Right now we're half an hour away from watching grizzlies in the wild, here in an area where they are protected from hunting, but the thought that it still goes on [in unprotected areas] is just beyond our comprehension."

Dean Wyatt, who operates Knight Inlet Lodge at Glendale Cove, about 80 kilometres northeast of Campbell River, said tourists from all over the world come to his wilderness resort to watch grizzly bears.

His lodge was the first in B.C. to focus on bear viewing, which has now become popular coast-wide.

"When we started in 1998, 80 people came, and this year we just had over 2,400 people from 19 different countries," Mr. Wyatt said. "The market is insatiable. Everyone who comes to our lodge wants to shoot a grizzly bear and every one of our grizzly bears has been shot about 10,000 times. The difference is, it's all with a camera."

He said bears are more valuable to B.C. alive than dead.

"The government doesn't seem to be able to get it that there's no reason to hunt these bears. … They don't understand how valuable the business is to the economy of B.C.," Mr. Wyatt said. 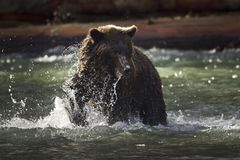 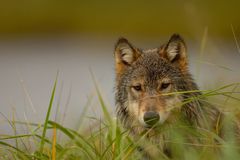