Buffeted in the polls by a revived B.C. Conservative Party, Premier Christy Clark is tightening her strategic embrace of federal Tory-ism in a big way.

Some think the Premier's recent drift could cost her support in the pivotal centre of the province's political spectrum, and even within her own caucus.

"But there's a danger you can go too far. The Prime Minister is a controversial figure. If you start to move a lot to the right, there can be leakage on the other side."

In the past week, the provincial Liberals landed a candidate with strong Reform and Conservative roots to run in a coming by-election, Ms. Clark lured a former key strategist for Prime Minister Stephen Harper to become her chief of staff, and then there was the hockey game.

The person sitting next to Ms. Clark at her son Hamish's atom-league game Thursday night was none other than Mr. Harper, himself.

The two sat there like any mom and pop at a minor-hockey skirmish, clutching their Tim Horton's, cheering the tykes on skates and carrying on like the best of friends.

The fact the Prime Minister would take time from his busy schedule to sit with Ms. Clark for all three periods speaks volumes about the growing comfort level between the governing Liberals and Mr. Harper's party.

His appearance at a local arena, with photos posted on Ms. Clark's website, capped a remarkable, Tory-friendly few days for someone with a history of supporting the federal Liberal Party in Ottawa.

The reason for Ms. Clark's rightward manoeuvring is not hard to decipher.

After more than 10 years in power, the B.C. Liberals find themselves sandwiched between the leading NDP and the B.C. Conservatives, who now attract close to 20-per-cent voter support in public-opinion polls.

In B.C, a significant split in the right-wing vote has been a factor in previous NDP victories.

That fact alarms not only Ms. Clark, but many prominent B.C. supporters of the old Reform Party, including ex-Conservative cabinet minister Chuck Strahl.

He was instrumental in persuading his former chief of staff, Laurie Throness, who has strong right-wing credentials, to run for the Liberals in Chilliwack-Hope.

"Either you rally around the Liberals or you're going to have the NDP," said Mr. Strahl, adding that the B.C. Conservative Party is riddled with "cranky ... angry" people who have no credible policies to govern the province.

Mr. Strahl said Ms. Clark has made it clear that federal Conservatives like himself are welcome in the B.C. Liberal party. "We're not looking for perfection. You have to understand what's at stake here."

Ms. Clark's new chief of staff is Ken Boessenkool, a social conservative who was part of Mr. Harper's election team last year. He has said he took the job to make sure the NDP does not form the next government.

Doug McArthur, a public-policy professor at Simon Fraser University, said Ms. Clark is walking a hazardous tightrope, trying to keep the right and more centrist members of her caucus together.

"The right wing appears to be more demanding right now, but there's a real risk you lose the centre by doing that," Mr. McArthur said.

Angus Reid pollster Mario Conseco said there's a purpose Ms. Clark is playing up her connections to Stephen Harper, including hosting him at her son's hockey game.

It's a message to those thinking of voting for the B.C. Conservatives, he said.

"She's saying; 'Here I am with the Prime Minister. Here I am discussing health care. [B.C. Conservative Leader John Cummins]isn't going to form the next government. I am.' "

"Bringing in another backroom guy [Mr. Boessenkool]for $200,000 a year might matter to some, but I don't think it matters at all on the ground." 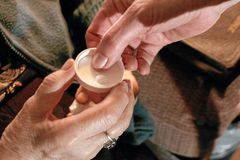 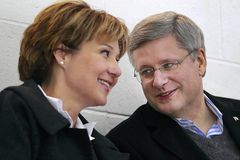 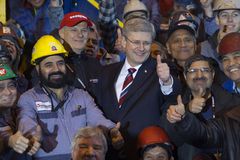 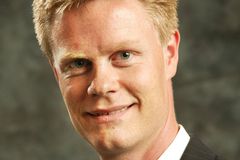