British Columbia's climate-change strategy is in danger of collapsing under the pressure of Premier Christy Clark's demands on BC Hydro rates, a top climate scientist is warning.

The Clark government appears poised to adopt a new policy that would roll back the province's requirements to ensure it can meet its domestic electricity needs even in extreme drought conditions.

Andrew Weaver, the Nobel laureate climate scientist, said Wednesday that would be a mistake, forcing the province to rely on imports from coal-fired plants rather than building up the clean energy sector that the province has been seeking to develop under its Clean Energy Act.

Dr. Weaver, Canada Research Chair in climate modelling and analysis at the University of Victoria, told a news conference Wednesday that the existing self-sufficiency requirement creates an opportunity for B.C. to build a green-energy industry that trades on the province's international reputation as a climate-policy leader.

"There is a danger here, a real danger, that the progress made today will fall apart … because some of the policy decisions coming down the pipe – particularly those associated with clean energy – may be misguided."

Last month, Energy Minister Rich Coleman released an internal report commissioned in response to the Premier's call for smaller-than-forecast hydro rate increases. That report sets out how BC Hydro can cut the rate of its planned rate increases in half, to 16 per cent over three years.

A key recommendation is to reconsider the province's current requirement to become energy self-sufficient by 2016, a policy that Hydro says is driving up its costs. Under the Clean Energy Act, BC Hydro needs to have enough capacity to meet its domestic needs even when water supplies are critically low – with the base set at a severe drought recorded in the 1940s.

BC Hydro planned to meet those requirements, in part, by signing long-term contracts with independent power producers. Mr. Coleman's report notes those contracts are more expensive than the Crown corporation's own costs.

At a news conference organized by the Clean Energy Association – representing the province's independent power producers – Dr. Weaver said his research underscores the need to increase the province's clean-energy supply. His models forecast more summer droughts in the future, with a significant impact on the water reservoirs that produce much of B.C.'s hydroelectric power.

In an interview Wednesday, Mr. Coleman said he expects a decision this fall on the future of the province's legislated self-sufficiency targets. He stressed that no decision has been made, although BC Hydro has expressed confidence the government is going to water down the requirements.

"We will still meet self-sufficiency goals by 2016, it's a question of the measurement," Mr. Coleman said. "I would hope that's a more pragmatic, common-sense approach. We could study this to death, I just want to know we have safe capacity for power for citizens, without paying for power we don't need."

Paul Kariya, executive director of the Clean Energy Association, said Mr. Coleman's report unfairly compares the creation of new clean energy with the cost of producing power from dams built decades ago. And he noted that the current, depressed prices available on the spot electricity market today aren't expected to last. BC Hydro's own planning documents suggest spot prices will increase by 50 per cent over the next 10 years, he noted. "If we want our economy to grow, we need a dependable supply of electricity."

BC Hydro, government to set timeline for cuts and job losses
August 16, 2011 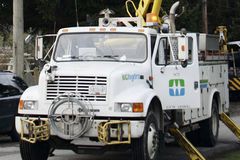 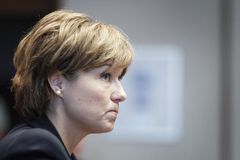 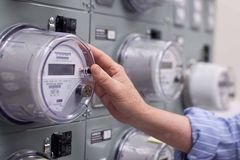