Contract talks between the B.C. government and its 30,000-plus teachers resumed Tuesday, with little reason to believe any kind of deal is imminent or even achievable.

The two sides are still galaxies apart on wages and, unless the B.C. Teachers' Federation backs off on its outsized salary demands, there is no hope for an agreement. At some point the union will have to accept that it is going to abide by increases similar to those received recently by other public-sector unions.

The government can't risk igniting a costly inflationary wage spiral that a lucrative contract with the teachers would invariably set off. Where the two sides have room to manoeuvre is around the one year of the proposed deal that comes under the old, co-operative gains mandate. (This is where money for a raise has to be found through savings in the education system.) Also, there is the signing bonus that the government could sweeten, possibly from the savings it is finding in the wage cutbacks it has imposed on teachers because of the job action they've taken.

If this dispute drags on until the end of the school year, that nest egg could amount to the tens of millions of dollars.

The Labour Relations Board is expected to rule Wednesday on the validity of the government's rollback edict. If the board rules against the government, it would undoubtedly deal a blow to Victoria's strategy of responding in kind to the BCTF's labour tactics.

But even if the two sides eventually find common ground on wages, there is still the hugely important and contentious issue of class size and composition. And there has not been any progress to report on this front either. It's certainly an area where figures can be manipulated to bolster the cause of one side or the other in this labour clash.

For instance, the union will say that the number of classes with four or more students entitled to an Individual Education Plan (alternatively known as special needs) has grown from 9,559 in 2006-07 to 16,163 in 2013-14. Within that number, there are 3,800 with seven or more. On the surface, that looks deplorable.

But the government says, wait: The clumping together of students with IEPs is intentional. Rather than have educational assistants spread out over a number of classes to help these students, it was determined that a far more efficient method of dealing with this challenge was to group more of the kids together.

The government makes some other points.

Since 2001, funding for special needs students has increased more than 60 per cent. Also, over that same period there has been a 36-per-cent increase in educational assistants. (They provide teachers help with instruction, career programs and special needs tutoring among other things). Meantime, the total number of classes with assigned educational assistants has also increased by 60 per cent from 2005-06 to this school year, the government says.

But not all of them are in the classroom full-time, the union counters.

The union wants to go back to the system that existed at the beginning of the last decade, when there was a strict formula that set out how many special needs students there can be in any one class. (Mostly no more than two.)The government, which abandoned this policy when it ripped up the union contract in 2001, says that is a backwards way of doing things. Today, educational assistants and special needs students are assigned and grouped together based on consultations with teachers, principals and district staff.

Money from the government's Learning Improvement Fund is used to deal with the demands this area of the education system produces. Next year, there will be $75-million in the fund, which will be used in part to hire more education assistants. Again, this is something that could perhaps be sweetened in the name of getting a deal done.

Two other points the government makes: Since adopting the new system of dealing with class size and composition, student outcomes in B.C. are better and more kids are completing high school than ever before.

Like so much about this oft-visited battle between the government and the province's teachers' union, it really comes down to whom you want to believe. It is a task made more difficult by the fact both sides can easily twist the numbers to suit their position. 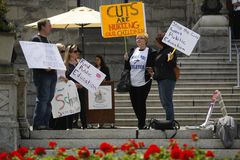 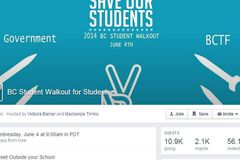 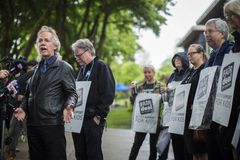 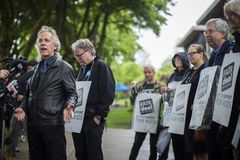 updated
Parents promise to get militant in their demand for classroom labour peace
May 30, 2014 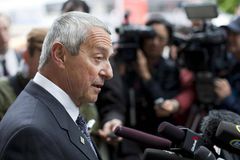 Opinion
Imagine the uproar if we weeded out bad teachers
May 9, 2014