Of all the public figures to wade into the debate over Vancouver's sky-high house prices, none has incited as much comment as China's consul-general, Liu Fei.

Ms. Liu created a sensation earlier this week when she told The Globe and Mail's Iain Marlow in an interview that when it came to the housing affordability crisis that has gripped the city, people are focusing their anger on the foreign purchaser, mainly from mainland China, when it's really the fault of the government.

"People are blaming the buyer," she said. "It's the wrong direction. I mean, the regulation here, nobody's playing the role."

Many applauded Ms. Liu for articulating what seems to be a common belief: The house-price madness will only be tempered by some form of government intervention. Of course, coming from a communist country where government intrusion into these types of matters is the norm, Ms. Liu's observations aren't surprising. In Canada, however, there is much more reluctance to tinker with free-market principles.

Still, the city of Vancouver is hoping the provincial government will do something to temper growing anger and frustration over runaway house prices. Mayor Gregor Robertson, who has led the call for action, will likely get his wish but not for some time.

I'm informed that the Ministry of Finance is working on the problem, and looking for a way to help first-time home buyers without impacting the current value of homes in Vancouver and surrounding area. This could include some form of a tax on high-end transactions, the proceeds of which would be used to provide assistance to those trying to enter the housing market for the first time.

This has not been an easy issue for Premier Christy Clark, who leads a Liberal caucus composed of free-enterprisers disinclined to mess with the general supply-and-demand laws of economics. There is also the legitimate view held by many government MLAs that any policy designed to help first-time home buyers could end up having an unintended consequence: driving up prices.

"It just makes sense," said one MLA who wished to remain anonymous. "The more people who want to buy, the more upward pressure it puts on prices. People need to be careful what they wish for."

I'm told that any relief offered by the provincial government will not likely surface until the next budget, which won't be until February or March of next year.

One of those who has offered the province and the city advice on possible remedies for the housing conundrum is Tsur Somerville, director of the University of B.C.'s Centre for Urban Economics and Real Estate. Recently, Dr. Somerville and two colleagues from the university sent a letter to the Premier and mayor, outlining some ideas on how government might promote affordability without hurting the equity of existing homeowners.

"We believe that almost all B.C. residents would benefit from a provincial property-tax surcharge that exempts units satisfying owner residency and occupancy tests," the three wrote in their letter. "This would allow the tax burden to fall more heavily on some mix of non-residents and vacant units as determined by the government."

Among other measures, the trio also recommended an expansion of the homeowner grant.

They suggest that the money raised from the property tax surcharge be used to expand the property transfer tax exemption for first-time buyers and the B.C. rental-housing subsidy, thereby benefiting those most impacted by rising prices and rents, which seems like a completely reasonable idea.

Whatever the government does it is unlikely to have much, if any, impact on housing prices in Metro Vancouver. The pleas of thirtysomethings upset that they can't afford a detached home in Vancouver will continue unabated. The government might eventually offer them some assistance that allows them to qualify for the ginormous mortgage they'll need to buy a home in the region, but it will not do anything that negatively impacts prices.

While the heavy regulatory intervention urged by China's consul-general in Vancouver may be appealing to many, it won't fly in this country. The fact is, soaring house prices are not just a problem endemic to this part of the world; it's an issue in many of the most highly desirable cities around the globe.

Ultimately, it's a situation that only a downturn in the economy or rising interest rates is likely to solve. Either way it's an ugly predicament that has no happy ending, unless you're a seller. 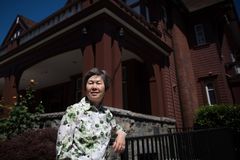 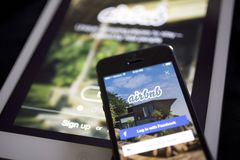