In an election campaign with a strong front-runner, the script goes like this: The leader with the tailwind can go deep into enemy territory, while the underdog has to defend the party's strongholds.

Some of that held true on Day 2 of the B.C. election campaign, with BC NDP Leader Adrian Dix spending much of his time in the Fraser Valley – long a bastion of the centre-right. But BC Liberal Leader Christy Clark was ceding no ground, projecting an air of confidence as she took her tour through NDP turf, before touching down in the bellwether Kamloops ridings.

Dismissing poll results that would dictate that she spend her time trying to save core Liberal seats, Ms. Clark is taking aim at swing ridings and those currently held by her New Democratic Party rivals.

"I believe we can grow the number of seats we have," Ms. Clark told reporters as she campaigned with her two local candidates in Chilliwack. In a by-election last spring in Chilliwack-Hope, the NDP made a breakthrough in a riding that traditionally hews to the right.

Ms. Clark said the Liberals can take that riding back, and even gain ground in the NDP-held Fraser-Nicola, where she stopped at a local bakery, tried her hand at making cinnamon buns and sat in a pint-sized chair for a make-believe tea with a trio of preschoolers.

"People in these communities understand how fragile the world economy is," she told reporters. "I think they know there is real risk out there, that the kind of change the NDP would bring to our province, it would be the wrong kind of change in a fragile economy."

But her candidate in Chilliwack, John Martin, said the campaign won't be a romp. "Absolutely, this is tight," he said. "There are no safe seats anymore."

Mr. Dix opened his day in Abbotsford West, the riding of Finance Minister Mike de Jong, outlining the skills and "sustainable economy" package that accounts for one-quarter of the spending in the NDP platform. Touting his local candidates one by one during the news conference, Mr. Dix got to Abbotsford West and quipped, "Who are the Liberals running here?"

Mr. Dix noted he had spent a lot of time in the Fraser Valley and the Okanagan and made it clear he wanted to topple Ms. Clark and Mr. De Jong.

"These are ridings I am running to win," he said. "Some of the communities that have been consistently Liberal over time have been taken for granted."

The Kamloops ridings, where Ms. Clark spent the latter part of Wednesday, have long held the key to electoral victory in B.C. The ridings are diverse – working-class families mixed with affluent neighbourhoods – and offer a rich pool of swing voters who have demonstrated a knack for picking winners. Both leaders have made frequent visits to the community.

Kamloops residents are enjoying relative prosperity compared to the last time the NDP was in government, according to Todd Stone, the Liberal candidate in Kamloops-South Thompson. The unemployment rate hovers at about 6.5 per cent; the rate was twice as high in the 1990s.

That said, Mr. Stone – like John Martin in Chilliwack – is taking nothing for granted. "We are in a really close race," he said.

In his campaign, Mr. Stone has emphasized his own name recognition as a local small business owner, rather than as a member of the Clark Liberal team. It's a recurring theme in many ridings, where the party name is not always a bestseller at the doorstep.

"There may be somewhat of a drag of the brand here in Kamloops as well," he said. "But not when it comes to the concept of a free-enterprise coalition." 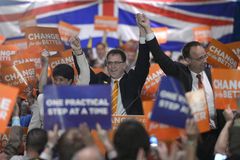 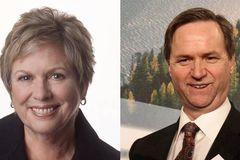 Polls give B.C. NDP near-insurmountable lead over Liberals
May 11, 2018 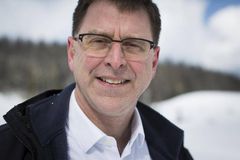 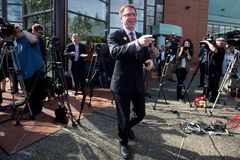 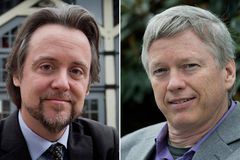