Swoons in the real-estate market are relative. Take the price plunge making news here on the West Coast.

To hear some people talk, one of the hottest housing markets in the world is experiencing a serious course correction. Prices are down significantly over last year. But what does that mean?

To some, at least, it's a sign that the astounding buying spree we witnessed at the high end of the market in Vancouver last year is over – at least for now. Homes that were selling for $3-million or $4-million – some hundreds of thousands over the asking price – aren't moving. It's like everyone got the same memo: Are you nuts?

But the sales of those higher-end properties in 2011 also inflated median house prices and skewed the overall picture somewhat. Now that those multimillion-dollar homes aren't being gobbled up at the rate they once were, house price averages are taking a hit.

Of course, even a levelling off of house values is big news in these parts. And it generally precipitates a fresh round of housing bubble speculation. Is this the massive downturn that so-called experts have been predicting for, well, years now? Everyone wants to know.

While there are certainly those outside the city – including economists at some of our more reputable financial institutions – who think Vancouver is heading for an abrupt decline in house prices, those in the know out here don't seem to be too alarmed by what they're seeing.

Tsur Somerville, the oft-quoted real-estate economist from the University of B.C., doesn't see signs of a major real-estate story brewing. He actually holds a refreshing perspective on the local scene. He won't even go so far as to say that buyers hold the advantage at the moment, even though supply far exceeds demand.

"When the average house price is still north of $800,000, then buyers' market is a term I like to avoid using," he says.

Leaving Vancouver in, however, produced a 2.2-per-cent decline over the same period.

The market got overheated last year in large part due to immigrant purchasers who took many forms. Some were speculators from Mainland China, some were landed immigrants with plenty of cash in their pockets, and still others were rich visitors temporarily setting up shop while their children attend school. Together, they helped fuel a price surge that, frankly, was not sustainable.

Some think that while the housing market might not be ready to go bust just yet, the condo arena is. But marketer Bob Rennie, someone who follows this area more closely than anyone in the city, says that's nonsense.

In an address to the Urban Development Institute on Thursday, Mr. Rennie said talk of housing bubbles makes for provocative sound bites but isn't based in reality. He produced a dazzling array of charts and graphs to back his claim that the future of condo sales has never looked brighter.

Now, you might expect someone who sells condos for a living to say something like that. But Mr. Rennie makes a pretty compelling argument that something is afoot that backs his claim. A massive demographic in Greater Vancouver – those between 55 and 74 – is sitting on $88-billion in equity. They are beginning to downsize.

According to Mr. Rennie, they are using their windfall to help their kids get into the market.

"For 80 per cent of the condo market last year, you only needed an income of just over $52,000," Mr. Rennie told me on Friday. "To me, that's not a bubble anything. There is a major flight to affordability going on.

"And we're also beginning to see the boomers using the equity from the sale of their homes to finance the down payment for their kids. That's a significant development – that's the big story in the market right now."

And he may well be right. But for now, the market is colder than it's been in a while. That may not be a bad thing.

Sky-high housing prices in Vancouver's west side short-lived
May 6, 2012 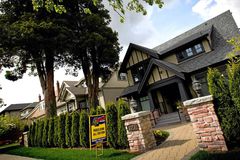 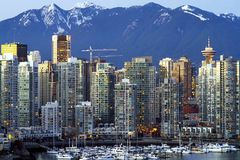 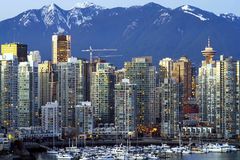