Some politicians and mental-health support groups have been calling on the provincial government to reopen at least part of the facility – a former psychiatric hospital that ran for nearly a century – since it closed in 2012. In 2015, the province announced a plan for a "complete community" at the site that would include moving three provincial mental-health programs into new buildings on the 99-hectare Riverview property.

But existing buildings should be part of the province's response to a public-health emergency, Mr. Stewart maintains.

"The crisis we face now is unprecedented," Mr. Stewart said Monday in an interview. "I know the province is examining its options in all kinds of ways and I can't imagine this isn't on the list of options that has to be considered – and has to be considered relatively quickly," he added.

British Columbia declared a public-health emergency in April, 2016, in response to an increase in overdose deaths related to illicit drug use. Since then, the province has taken multiple steps to address the issue, including funding new supervised injection sites and making treatment drugs such as methadone and suboxone more readily available.

Neither Health Minister Terry Lake nor Housing Minister Rich Coleman was available for an interview. (Crown corporation BC Housing is in charge of redeveloping the Riverview site.)

But in an e-mail sent on behalf of both ministries, the government cited work under way at Riverview and elsewhere related to addiction and mental-health programs and said treatment beds – while part of the solution to the overdose crisis – were not the only answer.

"We appreciated the mayor's suggestion and want to assure him and British Columbians that we are investing in the continuum of mental health and substance use supports," a government spokeswoman said in the e-mail.

Those supports include a $10-million announcement last week related to 60 short-term, publicly funded treatment beds – including 20 for youth – as well as 50 "intensive outpatient" treatment spaces, the spokeswoman said.

In a report last year, former representative for children and youth Mary Ellen Turpel-Lafond said there were only 24 publicly funded treatment beds available for young people with a substance-use disorder. The province has since opened several new youth facilities.

In its 2013 election platform, the Liberal government said it would create an additional 500 addictions spaces in the province by 2017. B.C. is on track to meet that goal by March 31, the spokeswoman said.

In calling for more services at Riverview, Mr. Stewart cited a 2014 report by Dr. John Higenbottam, a clinical psychologist and former vice-president for 12 years at Riverview.

In that report, Dr. Higenbottam said the closing of Riverview resulted in the loss of specialized treatment programs and had unintended ripple effects.

"The loss of Riverview's specialized, long-term treatment capability has led to an increased number of highly unstable individuals living in the community," Dr. Higenbottam said in his report.

"This in turn has led to a very significant increase in psychiatric emergency admissions and police involvement with mentally ill people."

"The real need is more treatment – treatment/rehabilitation beds," he said.

"There are ways to do this, but you're looking at longer-term admissions … the most effective programs would look very much like the Burnaby programs," he added, referring to the Burnaby Centre for Mental Health and Addiction. Under current plans, the Centre for Mental Health and Addiction, the Maples Adolescent Treatment Centre and the Provincial Assessment Centre are scheduled to move to the Riverview site starting in 2019. 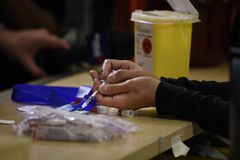 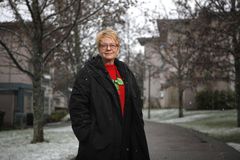 Opinion
We can’t afford to wait: We need opioid alternatives for pain
January 20, 2017
Follow Wendy Stueck on Twitter @wendy_stueck
Report an error Editorial code of conduct
Due to technical reasons, we have temporarily removed commenting from our articles. We hope to have this fixed soon. Thank you for your patience. If you are looking to give feedback on our new site, please send it along to feedback@globeandmail.com. If you want to write a letter to the editor, please forward to letters@globeandmail.com.
Comments