Cortes Island residents who blockaded roads for a week in a fight to modify logging plans say they are hopeful talks with Island Timberlands can lead to a compromise.

But Mark Leitao, a spokesman for the company, said Thursday no commitment has been made to meet with the islanders, who are organized under the banner, Wildstands Alliance. The group lifted its blockade Wednesday, after logging crews withdrew from the island. But Mr. Leitao said the crews will be back.

"We're resolute that we're going to harvest and continue to manage our properties on Cortes over the long term," he said. "At this point we're sitting back and assessing our options."

Mr. Leitao said the company has considered an injunction against the blockaders, if necessary, but isn't in a rush.

"We'll be on Cortes for the long term, and so a week here and there is not going to really affect the overall long-term scheme of things," he said. "First and foremost we want to make sure that when we go to harvest, that we can do that safely."

Island residents blocked roads to protest company plans to log privately owned forest lands on Cortes Island, which is in the Strait of Georgia, east of Campbell River. About 1,000 people live on the bucolic island, which is home to Hollyhock Farm Ltd., a well-known retreat that features workshops on writing, dance and yoga among other things.

Leah Seltzer, of the Wildstands Alliance, said the group took down the blockade with the expectation that a meeting with the company would follow.

"We hope that will happen in the near future," she said, adding that island residents are not asking for an end to logging, just that plans be changed to ensure sensitive areas are protected. "We are definitely a community that is made up of people that includes loggers. We are interested in some logging … but it has to be selective logging.… We want their forests to be managed in a way that maintains ecological integrity."

Ms. Seltzer said she is concerned the lack of dialogue between residents and Island Timberlands will worsen if a reported deal goes through in which China Investment Corp. is proposing to purchase timber assets from Brookfield Asset Management Inc. The Toronto-based company owns Island Timberlands, which is headquartered in Nanaimo, on Vancouver Island.

"It is hard enough to communicate with them now. Imagine if their offices were in China," she said.

Ron Croda, a long-time resident, said a bitter battle was fought over the forest lands on Cortes Island in 1991, when MacMillan Bloedel Ltd. sought to log the area. "We put it off for 20 years," he said. "That was a measure of some success."

Mr. Croda said the battle divided the community then, and may do so again, because the issues are the same: The company has the legal right to log its forest lands, but many in the community want to protect the natural beauty of the island. "This is an example of corporate exploitation where the law is entirely on their side – but it's leading to an environmental tragedy," he said.

Ken Wu, a director of the Ancient Forest Alliance, called on the provincial government to end the dispute before it grows into a bigger confrontation. "Without the government taking action this will escalate into a war in the woods," he said. "The BC Liberal government needs to show some leadership. They should not keep their heads down on the Cortes Island issue."

Mr. Wu urged the government to set aside $40-million a year for park land acquisition. 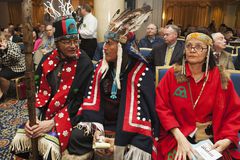 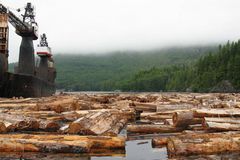 Will log homes be felled by modern building codes?
January 4, 2012 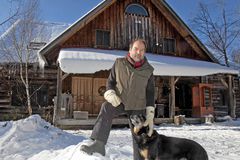