B.C. teachers will get a chance to vote on a resolution this week that their union says could end the province's public school strike – a proposal that Education Minister Peter Fassbender could not shoot down fast enough.

The B.C. Teachers' Federation will ask its members to agree to submit to binding arbitration, which the union says is the fastest track toward ending the strike that has kept half a million school children out of the classroom since mid-June.

Mr. Fassbender appeared before the media on Monday afternoon to deliver his blunt response to the proposal: "No." He dismissed the tactic as a "ploy to try to make [the union] look like they are being reasonable."

The government's steadfast refusal to entertain any kind of third-party intervention means the vote Wednesday will amount to little more than an exercise aimed at winning public opinion.

Which has been, in recent days, a central preoccupation as both sides seek to pin on the other responsibility for the dispute. Behind the public back-and-forth, however, there is a high-stakes gamble that will be settled in the courtroom, not at the bargaining table.

The BCTF withdrew its proposal to settle class size and composition at the bargaining table in June, after deciding it would be better to hold out for a court-imposed solution. The provincial government stripped the union of contract language in 2002 that governed class size and composition, and the B.C. Supreme Court ruled in the union's favour, that the government acted illegally.

But the government is appealing, and that case will open in mid-October.

Union president Jim Iker, in an interview Monday, said there is no way his union will accept anything less than full restoration of the contract language that existed in 2001. So there is no point negotiating anything other than an interim solution while the inevitable legal challenges wind their way up to the Supreme Court of Canada. "Our best case is, we win by November, 2015," he said.

But as with any court case, that's not a sure thing: Last week, the government filed its documents in support of its case heading to the B.C. Court of Appeal. Despite the lower court ruling's withering characterization of the B.C. Liberals' handling of the dispute around class size and composition, Mr. Fassbender points to one paragraph in Justice Susan Griffin's conclusion from her January, 2014, ruling: While she called for the retroactive restoration of certain language, "this does not guarantee that the language is clad in stone, as it can and likely will need to be the subject of ongoing collective bargaining."

Mr. Iker acknowledged the union is taking a risk by leaving it to the courts. "Of course, there is a risk we could lose, but we have been dealing with this for 12 years. If we lose, then we'll have to look at it in the next round of bargaining."

Mr. Fassbender would dearly love to have language in this contract that would deal with class size and composition, which would help inoculate the government from an unfavorable ruling. Any new agreement would supersede the old contract language. In documents filed to the B.C. Court of Appeal, the government warns: "The financial implications of the judgment are enormous – at trial, the BCTF estimated the retroactive liability alone to be in the billions of dollars." (The BCTF has since suggested that it would settle the retroactive payments for $100-million.)

But for now, he acknowledged the looming court case is a major hurdle to a settlement. "Let us take the court case … put it to the side until it runs it course."

With such a critical part of the teachers' dispute still destined for many months of legal wrangling, labour experts see little prospect that the government and teachers can sit down and negotiate a settlement now. "One side will have to collapse, or the government will have to order the teachers back to work," predicted Mark Thompson, a professor at the University of B.C.'s school of business. "The chances of a negotiated settlement? Ranging between slim and none." 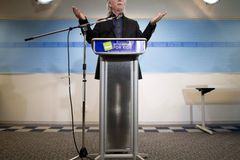 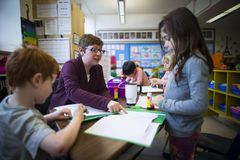 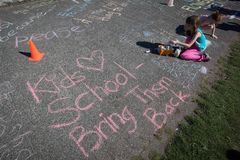 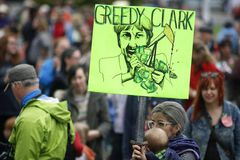 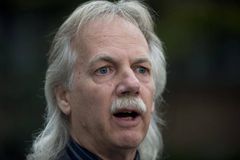