B.C. will introduce what it calls the toughest animal-cruelty laws in Canada, but the province has stopped short of banning the shooting of sled dogs.

Premier Christy Clark announced the impending changes to the Prevention of Cruelty to Animals Act during a news conference at the BC SPCA's Vancouver branch Tuesday. The press conference was held just over two months after news of a sled-dog cull near Whistler - in which up to 100 animals were allegedly shot or stabbed by their owner - generated headlines and outrage around the world.

Ms. Clark said the province will increase the maximum punishment for cruelty to animals offences from a $10,000 fine and six months imprisonment to a $75,000 fine and up to two years imprisonment. The current six-month limitation period for processing offences will be extended, and veterinarians will be required to report animal abuse. A mandatory code of practice will also be developed for sled-dog operators.

The changes were applauded by some animal-rights groups, including the BC SPCA, which said the recommendations could help prevent another tragedy like the Whistler-area slaughter.

But Peter Fricker, spokesman for the Vancouver Humane Society, said he was disappointed that the euthanization of some sled dogs via gunshot will still be permitted.

"We're still not happy that the report is saying it still is acceptable to kill dogs by gunshot. It's keeping the door open to that," he said.

The report - written by the province's sled-dog task force, assembled less than a week after news of the cull first broke - said it is justifiable to euthanize sled dogs if the process is carried out by a veterinarian using humane methods.

"The group did agree that when this method was not feasible due to isolation and the lack of availability of a veterinarian, that prescribed euthanasia by gunshot was acceptable if performed by a competent person who is knowledgeable about appropriate techniques as outlined by the Canadian Veterinary Medical Association," the report reads.

The Vancouver Humane Society had called for a ban on dog-sledding tours immediately after learning of the cull. Mr. Fricker said that call remains, even with the changes.

Robert Fawcett, the man linked to the cull, told WorkSafeBC he killed at least 70 dogs in April of 2010 after a slow season. The number of dead dogs was later revised to 100.

Mr. Fawcett, who used to run Howling Dog Tours before Outdoor Adventures Whistler took over operational control, told WorkSafeBC about "execution-style killings" in which he wrestled the dogs to the ground and stood on them with one foot to shoot them. He then filed a workers' compensation claim for posttraumatic stress disorder.

The SPCA-led investigation, expected to cost as much as $200,000, is ongoing and officials are waiting for the ground to thaw so they can dig up the mass grave the animals were buried in. If Mr. Fawcett is charged, he'll likely be tried under the criminal code, rather than the animal-cruelty act, because it has been more than six months since the alleged incident occurred.

Ms. Clark also announced Tuesday the BC SPCA will receive a $100,000 grant to enhance its animal-cruelty investigations, and she said more funding could follow.

Ms. Clark conceded, however, that even the announced changes might not have been enough to prevent the cull.

"The thing is that people will do bad things. That certainly happens not just to animals, but to other people, to property. But what we can do as a government and as a society is to try to put in place deterrents that are strong and will be enforced," she said, adding that the incident was black eye on B.C.

The sled-dog task force made 10 recommendations in all, each of which was accepted by the province.

Craig Daniell, chief executive officer of the BC SPCA, said he's pleased with the steps the province has taken, especially the development of a uniform code for sled-dog operators.

"It would be a huge step forward to have a code of practice that sets out clear standards for the care of sled dogs, including housing, food, water, exercise, socialization, 'retirement' plans for dogs no longer needed by an operator and acceptable forms of euthanasia," he said.

Jaime Hargreaves, another Whistler-area dog-sled operator who has championed an industry-wide set of practices for years, called the news "fantastic."

The SPCA also praised the task force for recommending that the Ministry of the Attorney-General successfully pursue cases of animal abuse.

Work on changes to the Prevention of Cruelty to Animals Act will begin immediately, though exactly when they'll take effect is not known. The task force was initially charged with investigating the Whistler-area cull itself, though that was temporarily put aside while the criminal investigation is ongoing.

"Future work will include establishment of the specific circumstances associated with the reported mass killings, detailing information exchanges between agencies and exploration of any other associated issues which may further inform future recommendations," the report said. 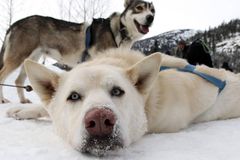