The building at the corner of Helmcken and Richards streets in Vancouver looks like an average new condo: sharp modern design, acid-green panels lighting up the putty-grey exterior, roof garden perched high above.

In fact, Jubilee House is social housing. And not just another serviceable social-housing building, but one that has pushed the frontier when it comes to creative design for poor tenants.

It has diatomaceous powder (crushed rocks whose tiny fragments lacerate and kill crawling bugs) embedded behind all the walls, to combat the bedbug infestations that frequently plague low-cost housing.

If a bedbug colony does manage to invade, the building has a special "baking" room that can be heated to the temperatures needed to kill bugs so that tenants can sanitize their furniture and clothing in-house.

A special pump in the ceiling draws old air out and replaces it with fresh if someone is smoking in a room with the windows closed, which helps prevent smells and stains for the tenants who smoke.

The bathrooms have central drains so the whole room can be hosed down. The sprinklers are mounted flush to the ceilings so they can't be set off by someone accidentally knocking them or hanging clothes on them.

The paint on every surface is smooth and high-gloss, rather than popcorned, so it's easy to clean, and the vinyl flooring is laid out in a pattern like wooden boards, so that if someone burns or gouges a spot, it can easily be repaired without having to redo the whole floor.

That is all the result of an unusual partnership between the people who run the 127 Society for Housing, which owns and manages Jubilee House, and a private developer that made an agreement with the city to replace the building in exchange for the right to buy Jubilee's original site and get extra density on it.

"The most important thing for us was basically the collaboration for the design," says Joanne Graham, the executive director at 127 Society. "When it's not just government making the decisions, but it's a joint decision, it's different. And now it's tenant-proof."

For Max Kerr, the executive vice-president at Brenhill Developments, it's been an equally rewarding process.

Walking around the building before it was finished in regulation hardhat and steel-toed boots, he kept pointing out additional features at every turn: the wheelchair-accessible rooftop garden, which also has exceptionally wide planters around the perimeter to prevent anyone, accidentally or otherwise, from dropping items to the street; the porcelain tiles in the bathrooms that are "bullet-proof"; the elevators that will only allow tenants off on their own floors, which increases security for all the tenants in the building.

"This was the advantage of having the society involved from the beginning," Mr. Kerr said.

BC Housing, which sets the standards for most other social housing in the province, has already used some of the Jubilee House techniques for its own buildings, such as coved flooring, bedbug saunas and "abuse-resistant" drywall.

But a spokeswoman said the provincial agency has been looking at the "unique innovations at the New Jubilee House that BC Housing may consider for future builds, such as the air ventilation system."

The society has spent the last couple of weeks moving tenants in, with seven of the 87 left to go this week.

Each one notices a different small design improvement.

"Opening the door is good. It's not so hard," says Zona Hudson, a 79-year-old former home-care worker, short-order cook, car-wash attendant and waitress who now walks leaning heavily on two canes after cancer surgery five years ago. Her apartment key has a fob that allows her to click a button and open her door electronically.

She also appreciates that she gets to stay in the same block, after having lived at the old Jubilee House for 20 years.

Jubilee House was built with federal support in 1986 and still gets a federal subsidy until the mortgage runs out in five years.

But the old building had problems with water leaks, mould and basic bad design from the 1980s. And no one knew where the money would come from to pay for maintenance once the federal subsidy ran out.

In January, 2013, the city signed an agreement with Brenhill that allowed it to purchase the Jubilee House site. Later, council agreed to additional density on the site. In exchange, Brenhill provided a site of its own across the street and built the new Jubilee House on it.

The 12-storey building has 162 units, which means the 127 Society will have an additional 75 units to rent out.

The agreement provoked a lawsuit by nearby residents, who said the city had not been transparent about the deal it had made with Brenhill for the density. A Supreme Court judge agreed and construction had to be halted temporarily.

That decision was later overturned.

Brenhill's new development, 8X, is currently being marketed at prices around $1,300 a square foot, but the company hasn't obtained the demolition permit yet for the old Jubilee House.

Housing crisis to be major issue at meeting of B.C. municipalities 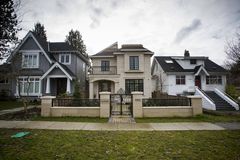 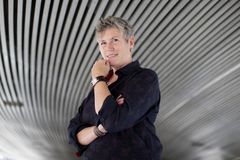 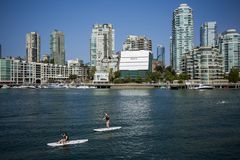