First Nations leader Ed John is facing calls to resign from his role as adviser on aboriginal child welfare to the British Columbia government amid the fallout from a review that recommended the province phase out its independent children's watchdog.

The suggestion that Mr. John step down reflects tension between First Nations groups and B.C.'s children's ministry, which has for years grappled with the high numbers of aboriginal children in care.

B.C. has about 8,000 kids in government care, and about 50 per cent of them are aboriginal – even though indigenous people make up only about 4.5 per cent of the population.

In September, the province named Mr. John a senior adviser on aboriginal child welfare for a six-month term. He is also on the executive of the First Nations Summit, a group set up to pursue treaty negotiations in B.C.

"While there is a great deal of respect for Grand Chief Ed John, he should consider stepping away from his role as advisor to the [Ministry of Children and Family Development]," Cheam First Nation Chief Ernie Crey said Wednesday on his Facebook page.

"The Plecas report and its recommendations constitute a danger to the many thousands of Aboriginal children in B.C. government care. The Grand Chief should not let his good name be sullied by the cynical manoeuvrings of the [Liberal Premier Christy] Clark government," Mr. Crey added.

The report suggested, among other things, folding the office of B.C.'s Representative for Children and Youth into the ministry.

That independent position, created in 2006 after an investigation into the children's ministry, is held by Mary Ellen Turpel-Lafond, who has issued reports that have harshly criticized the ministry, including some that have focused on aboriginal children.

To Mr. Crey, the suggestion could herald an unwelcome shift in how the province approaches aboriginal child-care issues and puts Mr. John in an untenable position.

"He can ill afford to have his name, in any respect, associated with Mr. Plecas and his report and its recommendations," Mr. Crey said in an interview.

Mr. John was out of town and not immediately available for comment.

Mr. John signed a Dec. 14 letter to Ms. Clark from the First Nations Leadership Council – which includes the First Nations Summit – that called the Plecas report "a wasted opportunity to effect the positive change so desperately needed in B.C."

First Nations Health Council chairman Doug Kelly echoed Mr. Crey's concerns, saying Mr. John has been caught in a clash between First Nations' interests and the province over how best to reduce the number of aboriginal children in government care.

Cheryl Casimer, also an executive of the First Nations Summit, rejected the suggestion that Mr. John was in a conflict, saying Mr. Plecas's report does not affect his mandate.

"The scope of work that Grand Chief Ed John is doing is bigger than a report commissioned from an ex-deputy minister," Ms. Casimer said, adding that Mr. John was unavailable for comment because he was in a First Nations community to talk about child-welfare concerns.

"If people are going to be saying he is in a conflict, that conversation should have taken place when Grand Chief Ed John presented his appointment to the [the First Nations Summit]," Ms. Casimer said. "That was the time for a conversation and discussion around it."

Mr. John's appointment coincides with increasing calls to stem the flow of aboriginal children into state care. In its final report, tabled this month, the Truth and Reconciliation Commission, which looked at the legacy of Canada's residential school system, began its list of calls to action with steps related to child welfare. 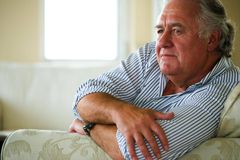 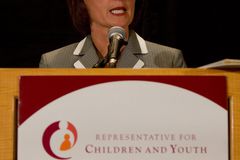