So it was a shock to many when she dropped the news that the province would be spending about $3-billion or so to build a new bridge, remove the existing tunnel, and renovate large sections of the highway on both sides – details to come later.

Now people are scrambling to catch up and debate the implications, which range from the fate of a small park to the future of the region to how to pay for it.

After all, it had been a year since Ms. Clark said her government (then fighting for its political life with an election looming) was looking at options to replace the 1957 tunnel that carries 80,000 vehicles a day under the Fraser River between Richmond and Delta.

Few expected Ms. Clark to win or, if she did, to carry through on what seemed like a spurious campaign-driven announcement. So the project faded from the public radar.

The replacement plan generated so little attention that only about 300 people came out to open houses and 1,000 looked at the five options for replacement during the 22 days of consultation in March and April. That's about a quarter the number of responses Vancouver got to its proposal for three kilometres of bike lane this summer.

But it was enough input for the Premier to announce the province was going ahead with one of the five options presented to the public and business groups, which had apparently garnered "high" support. (No numbers were provided in the brief supporting document to her speech.)

That decision to build what is going to be an, at minimum, six-lane bridge had some cheering, including the mayor of Delta, the province's truckers and road-construction companies, the Vancouver Board of Trade and Port Metro Vancouver, whose CEO had identified the tunnel as the main regional bottleneck that concerned him.

The federal Conservative government and the B.C. Liberals have for years viewed the province's economic future as tied to port development.

The executive project director for the Massey project also says it has been needed for a long time and better transit is not going to solve the problem.

"It's the only crossing where you have only one lane of traffic in the opposite direction during the rush hour. And in the peak direction, buses get to the tunnel [using special lanes], but then have to get back in normal traffic," said Geoff Freer. About a fifth of the people who use the tunnel are bus riders going downtown already, and 60 per cent of the commuters are travelling to Richmond or Surrey, the U.S. border or the ferries – so are unlikely to use transit anyway.

But in the wake of the announcement, many were perplexed and worried about the multiple ripple effects. Those impacts include the possible destruction of a small park along the river above the tunnel, more subdivisions along the improved highway, another giant tax or tolling bill, and what they fear is a regional turn toward even more reliance on cars.

The sudden move is not a surprise, though, say critics of the project, because it's part of a long-term plan to turn the Vancouver region into major port for shipping out coal, oil and gas.

"This is not something you pull out of a hat. This has been in the works for a decade. And this is all tied to a vision of this city as a carbon-transfer point," says Gordon Price, a former Vancouver city councillor who has become a fierce advocate for fewer cars and more transit in the region.

The province's plan calls specifically for removing the tunnel, even though it's not required to build a bridge. But removing it will allow larger ships to enter the Fraser River, something they can't do now because the tunnel prevents the river from being dredged to accommodate them.

Another former city councillor, from the same centre-right party Mr. Price once belonged to, agrees about the likely end game.

"I think this is being driven by the Port of Vancouver because they want to bring ships up the river to load coal."

Both also say the move is the continuation of a long-standing tradition in the province of using road-building as a way to voters' hearts.

"It's rooted in our history," Mr. Price said. "No government in B.C. has ever gone badly wrong by opening up more asphalt."

Jordan Bateman, the local spokesman for the Canadian Taxpayers Federation, echoes that. "There's no doubt big infrastructure politics works. It's as old as B.C. itself."

Ms. Clark's announcement was supported by the B.C. Road Builders and Heavy Construction Association, whose members have benefited the last decade years from the massive Gateway project, also $3-billion. That project included rebuilding the Port Mann Bridge, a Fraser River crossing east of the tunnel, as well as creating new highways along the Fraser River.

Those projects were also specifically aimed at improving the region's port capacity, by improving trucking routes to Deltaport in the south.

But the announcement stands in sharp contrast to the region's continuing struggles to finance transit.

For the past three years, the regional agency that manages transit for the Lower Mainland has been trying to find a way to pay for several billion dollars worth of major improvements. Those include $2-billion in light-rail lines for Surrey, a $3-billion subway along Broadway for Vancouver, and bus improvements everywhere.

Ms. Clark is insisting there needs to be a referendum to get public approval for that spending – a move that has annoyed or infuriated many politicians in Metro Vancouver, as well as transit advocates.

Several mayors are insisting the bridge should also be subject to a referendum.

Mr. Bateman, who has been a vocal opponent of more spending on transit, is also dubious about spending billions on a new bridge.

He points out that the new Gateway improvements are likely going to change people's commutes in the region.

"There's going to be so many more options to travel from Delta. I wonder if this bridge decision is premature, given that we don't know how the traffic patterns are going to change."

Infographic: Building a bridge over the Fraser River
September 26, 2013
‘Renaissance’ for tolls means drivers to shell out for Massey Bridge
September 24, 2013 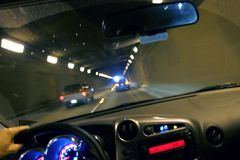