Senior Crown lawyers in British Columbia misled the public with shocking reports that "blew life" into the lies of two police officers who should have been charged with a man's freezing death, a lawyer says.

Steven Kelliher, who represents Frank Paul's family, said Tuesday that the most senior lawyer involved in determining whether two Vancouver police officers should be charged made up a defence to protect a sergeant.

Mr. Paul was arrested for being intoxicated in a public place on Dec. 5, 1998, and taken to the city drunk tank. But then-Sergeant Russell Sanderson refused to admit the homeless man and ordered another officer to get him out of the facility.

Constable David Instant then left Mr. Paul in an alley, where he died of hypothermia a few hours later.

In his final submission at a public inquiry into Mr. Paul's death, Mr. Kelliher said the Crown had a strong, solid case against the officers, who he said showed wanton and reckless disregard for Mr. Paul and failed to provide him with the necessities of life.

He said Mr. Paul was dehumanized because of his aboriginal status by the officers, who failed to do their jobs ethically but were protected by their "prosecutor friends" who produced reports that amounted to "rubbish."

Mr. Kelliher said lawyer Peter Ewert, who did the fourth and final major review into Mr. Paul's case and was the most senior lawyer, "cobbled together rationalizations" that favoured Mr. Sanderson as a "nice guy" who didn't believe Mr. Paul was drunk.

Yet the inquiry has heard that two other officers smelled rice wine on Mr. Paul's breath when they brought him to the drunk tank, and a video shown at the proceedings revealed a soaking wet Mr. Paul being dragged out of the facility because he couldn't stand up.

Mr. Ewert, who retired from the Criminal Justice Branch in 2000, wasn't qualified to provide an objective review because he based his decision on the existing overview of the case, Mr. Kelliher has said.

He said Mr. Ewert's shocking assessment not to charge Mr. Sanderson cites the sergeant's purported belief that Mr. Paul would be taken to his home on Vancouver's West Side and cared for by his "buddies and associates and friends."

"He actually says that three times in his report," Mr. Kelliher said. "It is rubbish. He's making that up."

The inquiry has heard that Mr. Paul lived in cardboard boxes behind a liquor store.

Mr. Kelliher also slammed Crown lawyer Austin Cullen, who made the first determination not to charge the officers and testified last month that the Vancouver Police Department's report into their officers' actions was tentative.

Mr. Cullen, who later became a B.C. Supreme Court judge, said the report meant "the die had been cast" as far as what the Crown could consider in the case.

"There was no intention to bring charges against these officers and the deficiencies were such that they handcuffed Mr. Cullen," Mr. Kelliher said Tuesday.

"This was an investigation that was intentionally deficient and known to be such by Mr. Cullen," he said, adding the report was also called "neutral."

"These are words that are designed to put a happy face on an investigation that was manifestly deficient."

Mr. Kelliher said Crown lawyers knew that Mr. Sanderson failed to ask a nurse who was at the drunk tank to assess Mr. Paul before he was removed the facility, but didn't consider that fact, among others, in the charge approval process.

"The fact that they ignored that nurse did not cross Mr. Cullen's mind," he said.

Mr. Kelliher also slammed Mr. Cullen for suggesting the officers could not have known any harm would come to Mr. Paul and that he was accustomed to living on the streets.

"What does that mean? That he's less vulnerable, he should be given less care, that he's not really worth the trouble?"

Prosecutors chose to accept Constable Instant's statement that Mr. Paul walked to the wall in the alley where he was left, Mr. Kelliher said.

"We have one falsehood blowing life into another falsehood," he said. "This isn't independent evidence in support of what Instant said or Sanderson said. It's just another lie, and it's serving a purpose here."

Geoff Cowper, a lawyer for commissioner William Davies, who is heading the inquiry, said the proceedings raise a question about how the Criminal Justice Branch deals with inadequate police reports when it comes to assessing charges against officers.

He said testimony by Crown prosecutors has also provided a rare glimpse into how the branch's own timelines were disregarded in the Paul case.

The inquiry has heard that Gregory Fitch, who was then director of legal services for the branch, did nothing on the file for seven months before passing it on for review.

Mr. Kelliher said that Mr. Paul's cousin, Peggy Clement of Elsipogtog, N.B., wants him remembered as a brother, father, son and grandfather who was valued and loved by his family.

"She says that those that he turned to in his need who were supposed to help him did not and those who were charged with looking into the circumstances of his life ignored their responsibilities." 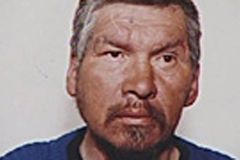