Described as "a kind of cubist tree," the new pharmaceutical sciences building at the University of British Columbia is attracting international architectural awards – and top researchers from other institutions.

Featuring a design inspired by the structure of a forest, with unaligned staircases that wander between floors like branches, and atriums that draw sunlight deep into the structure, the building seems a natural fit on a campus renowned for its beautiful setting.

Wallpaper magazine named it the "Best Lab" in the world, just one of a handful of accolades and awards the building has garnered, including the Canadian Architect Award of Excellence, "Best in Show" for 2013 from the Ontario Association of Architects, and a citation for engineering excellence from the Association of Consulting Engineering Companies.

"It truly is a wonderful building," said Wayne Riggs, professor and dean pro tem of the UBC faculty of pharmaceutical sciences. "It gives you a very good feeling just walking in here, and it definitely does help [with recruiting]."

"If you want to attract top talent, you've got to attract them with something more than just money, more than just salary. It's got to be a great facility," said Vancouver architect Roger Hughes, who said universities are increasingly recognizing the importance of having buildings with international drawing power. "The Americans have done this very, very well for years. UBC and Canadian universities are just getting on to the importance of this approach."

Mr. Hughes, of Hughes Condon Marler Architects in Vancouver, partnered with Gilles Saucier of Saucier + Perrotte Architectes in Montreal on the project, which has recently won six awards.

Mr. Hughes and Mr. Saucier both say they are delighted with the honours, but more important to them is the way the building – which was finished last fall – has been received on campus. "We thought it was going to be an exciting space, but we really exceeded our expectations," Mr. Hughes said.

On a recent sunny afternoon, the adjacent courtyard was empty, with students and faculty choosing instead to sit inside the sweeping, light-filled lobby.

Mr. Saucier said it is a high compliment when people choose the interior of a building over the natural setting just outside. He said the lobby was inspired by his love of nature and was designed "as a way to represent two trees interlacing like the roots coming down to the ground."

The unconventional stair system, he said, was built with the idea of drawing you naturally along, like a trail in an unknown forest.

"You take a stair up, if you find a space you turn your head in that direction and you make your way through it, the light helps you also. And instead of putting in obscene signage you do it naturally," Mr. Saucier said. "You just follow along."

Wallpaper, which gave the cubist tree description, praised the building's dramatic, glass exterior, but heaped even more praise on the interior, calling the lobby "a crowd-pleasing piece of controlled drama."

Mr. Hughes said the design recognizes that public spaces – the lobby and the seating areas that open along hallways and at the foot of stairwells – are as important to a building's function as the working labs, offices, lecture halls and seminar rooms.

"What happens outside the classroom is just as important as what happens inside," he said. "And so the spaces in this building are not only about bringing light into the building, they are also about creating places where people want to be."

Key to the $133-million building are two atriums that let light flood deep into the structure, including into the labs that are bright and airy. Strung along the exterior walls are strips of offices into which natural light pours through full-length windows. Glass walls pass that light into the hallways.

"Very rarely do I have to turn on the lights, even on rainy, overcast days," said Jimi Galvao, acting director of marketing for the faculty. "Everybody in this building loves the space … and it has a huge impact on your mood and productivity."

"It's got to be a performing building," said Mr. Saucier, of his philosophy on architectural design. "But [you have to] keep in mind this idea of what the real, first reason for creating space is – which is touching people and giving them an environment in which they can be happy." 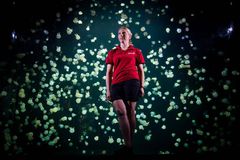 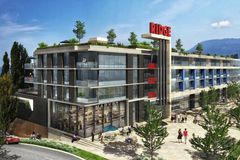 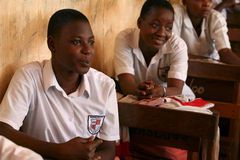