By the dim flicker of candlelight, you can squint at the roasted crickets on this Indian-style pizza and almost pretend they're crunchy mung beans.

But look closer and you'll see the telltale spiracles on the dark brown, tubular bodies generously scattered under a thick layer of fresh cilantro and melted paneer cheese. And after a few bites, when the spindly bent legs and antennae keep getting caught between the teeth, there's no denying it any longer.

"Low in fat, high in protein – it's a personal trainer's dream food," the server at Vij's Rangoli says matter-of-factly. He recommends a crisp white, perhaps a chenin blanc or Alsatian pinot gris, to pair with the $14 cricket naan pizza that the restaurant introduced to its regular menu this week.

And you thought Vikram Vij was wild.

Edible-insect pizza is the brainchild of his exceptionally brave wife, Meeru Dhalwala. "It's an obsession," the chirpy chef and co-owner of Canada's two most famous Indian restaurants, Vij's and Rangoli, exclaims by phone.

"I've been in this business for 17 years," she says, explaining her passionate advocacy of alternative green cuisine. "If I can't have fun while confidently offering a springboard to a better way of eating, who can?"

This isn't the first time Ms. Dhalwala has cooked up creepy crawlies. About 3½ years ago, after reading about a United Nations conference at which a forceful argument was made about the benefits of eating insects for reducing world hunger, she created a recipe for cricket parantha.

Using frozen, apple-fed crickets from the Reeves Cricket Ranch in Everson, Wash., she seasoned the critters with cayenne and cumin, roasted them in a 350-degree oven, ground them with chapatti flour and baked them into a traditional Indian flatbread stuffed with onions and turnips.

The unconventional appetizer, then served at Vij's, the fine-dining jewel of Indo-Canadian dining, caught the attention of the world press, culminating in a report on ABC-TV's Nightline that gave the tasty treats an enthusiastic thumbs-up.

What wasn't to love about the vitamin-rich flour made with the carbon-neutral "shrimp of the land," as espoused by Marcel Dicke, the renowned Dutch agricultural entomologist who advocates insects as an environmental, economical and nutrient-wise substitute for livestock? (He claims that for every 10 kilograms of feed, a farmer can produce 1 kg of beef, 5 kg of chicken or 9 kg of locust meat.)

Vancouver Coastal Health wasn't so sure. Vij's voluntarily removed its cricket parantha from the menu while city inspectors followed up on an anonymous complaint. The dish passed all the bacterial tests and was back on the menu a week later. And there it stayed for several months, until a new fall menu tossed it to the backburner.

Ms. Dhalwala is now embracing the whole bug – head, wings, legs and all. "If I kept hiding it in flour, it would always be, 'Here they go again, doing something kooky,'" she says, comparing the ick factor to North America's first bites of sushi 25 years ago. "There was a real texture and taste issue with raw fish back then. We just have to take it one step at a time and adjust our palates."

To ease her customers into cricket cuisine, the former NGO worker spent months developing a complementary sauce chockfull of chickpeas, lentils, green onions and ginger. She gently spiced the four-week-old crickets (about 35 insects per seven-inch pie – any less would negate the health benefits) and ladled the mixture on naan.

During an encouraging three-week test run, the restaurant sold about five pizzas a day. The only negative reaction has come from Buddhists (insects are obviously not vegan) and people in the Indian community (bugs play no part in classic Indian cuisine).

And how does it taste? Honestly, not bad. On their own, the crickets are nutty and slightly sweet, similar to buckwheat or quinoa. Their wispy wings have the papery texture of a roasted peanut skin; their bodies crunch ever so softly, like toasted sunflower seeds. Consistency of size is an issue: the bigger the bug the more bitter, while the tiny ones are burnt to charcoal nibs. (Ms. Dhalwala is now collaborating with the University of British Columbia to produce a steady supply.)

But when eaten as part of a slice, with all its thick lentil sauce and toppings, the cricket flavour is barely discernible. In fact, the cilantro is overpowering. And those wiry legs are really annoying. This buggy pizza should probably be served with toothpicks.

"I know it's a long road ahead," says the maverick bug chef. "But the older I get, the more obsessed I become. I keep thinking about my food karma and what I'm leaving behind for my children. If I die, and there's a god, I'm really going to be screwed with all the food I wasted." Review
The Flying Pig is a welcome slice of home-style goodness
November 11, 2011 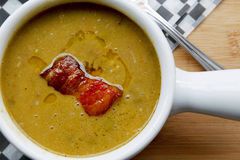 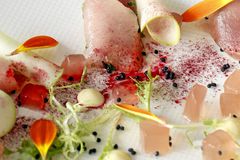 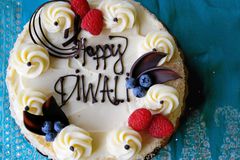