The officers who monitor the 3,000 foreign freighters and 80 cruise ships that arrive in Vancouver harbour annually have a backup plan for those moments when high-tech fails, however. They use binoculars and old-fashioned line of sight to augment the sophisticated radar, GPS and radio information that is constantly tracking vessels.

But federal cutbacks will soon rob marine traffic controllers of that simple ability to walk to the window and take a look, says a union representative. Under an amalgamation plan, staff now perched atop an office tower over the Vancouver harbour will be relocated to Victoria next year.

"Trying to monitor the Port of Vancouver from offices in Victoria is like trying to drive your car relying just on the screen display," said Allan Hughes, a Canadian Auto Workers union representative and regional director of Marine Communications Officers.

And that's difficult, he said, if the only camera monitoring traffic under the bridge can be shut down by a spider.

Last year, the federal government announced plans to cut a variety of Coast Guard services across Canada. Part of that plan calls for three of the five vessel traffic service centres on the British Columbia coast – Comox, Ucluelet and Vancouver – to be closed, leaving only Prince Rupert and Victoria in operation.

Mr. Hughes said he thinks that raises safety concerns, particularly in busy Vancouver harbour, which was hit recently with news that the Coast Guard station in Kitsilano is also going to be shut down next May.

In a report to Vancouver City Council on Wednesday, deputy city manager Sadhu Johnston said the Kitsilano base closure means the Coast Guard will have to respond to marine emergencies in the harbour from Sea Island in Richmond.

"Response time from CCG Sea Island base to inner harbour is minimum 30 minutes, more if vessel not at base or in bad weather," Mr. Sadhu stated in a slide presentation. "People's safety will be at risk as a result."

The report showed the Kitsilano base responds to about 300 calls annually, 75 to 100 of which are "life-at-risk" calls. Two-thirds of the calls are in the winter.

"It's a very disturbing report – and it's based on the Coast Guard's own data," said City Councillor Kerry Jang.

Mr. Jang said when the federal government announced the base closure earlier this year, it caught city officials by surprise because there had been no consultation.

That lack of consultation with stakeholders was also raised as a concern by the Lower Mainland Advisory Council, a citizen group co-chaired by a community member and a Coast Guard employee.

In a submission to council on behalf of the organization, Roger Boshier, a University of British Columbia professor and expert on marine accidents, said the planned changes are alarming. "By claiming there will be no degradation of marine safety in this area, the plan is reckless and insulting," his report states.

The report notes that cold water in the Vancouver area, which can fall to 10 degrees C or less in winter, means response time is critical.

"Cold water survival depends on body mass, physical health, preparation and water temperature. Poorly informed Ottawa managers have claimed taking a [Sea Island] hovercraft into … Vancouver harbour will produce the same results as sending a cutter … from Kits. This is an irresponsible and erroneous claim," the report states.

Coast Guard spokesman Terence Davis said the city was consulted in advance, and he denied the changes pose any safety risks. "The first priority of the Canadian Coast Guard is, and always will be the safety of mariners," he stated in an e-mail.

Mr. Davis stated that "a new mix of resources" will be in place to respond to any emergencies and noted that the government has invested $1.6-billion in renewing Coast Guard ships over the past six years. 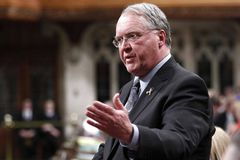 Clark tells Ottawa to leave Coast Guard base at Kitsilano open
May 28, 2012 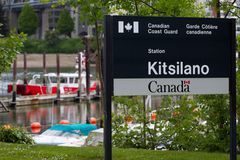 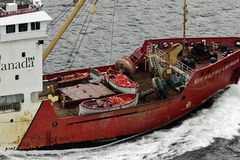 B.C. radio station mourns loss of co-worker in Coast Guard boating mishap
June 5, 2012
Robertson unconvinced marine safety can be maintained in wake of cuts
May 18, 2012
Follow Mark Hume on Twitter @markhumeglobe
Report an error Editorial code of conduct
Due to technical reasons, we have temporarily removed commenting from our articles. We hope to have this fixed soon. Thank you for your patience. If you are looking to give feedback on our new site, please send it along to feedback@globeandmail.com. If you want to write a letter to the editor, please forward to letters@globeandmail.com.
Comments