The economist in charge of tracking B.C. housing prices for the province's real estate industry says he is still not persuaded foreign buyers play a significant role in Metro Vancouver's real estate market, despite the newly collected provincial data that called into question that assessment.

Cameron Muir, chief economist at the B.C. Real Estate Association, says data collected by the provincial government over five weeks that show one out of five homes bought in some parts of Metro Vancouver went to off-shore investors likely overstate the reality. The 15-per-cent tax the government imposed as a result of that data will create short-term instability but do nothing to quell the market in the long run, he predicted.

He said that based on his experience of the market, the percentage of foreign buyers is likely less than 10 per cent over the course of a whole year.

B.C. real estate reform: Everything you need to know

"I wouldn't be surprised if single digits is what [the percentage of foreign buyers] would be on an annual basis, given the fact that we've had two tranches of data and one was 5 per cent and one was 10 per cent," Mr. Muir told The Globe and Mail this week.

Mr. Muir maintains that British Columbia acted too soon in adopting the tax, and should have waited until it had six months worth of data – which is what the finance minister initially said was needed. The government has said it decided to begin working on implementing the tax after the first set of statistics showed pockets of foreign investment – such as double-digit percentages in Burnaby and Richmond – were much higher than the estimates of less than 5 per cent from experts such as Mr. Muir on which it had relied for the past year and a half.

Mr. Muir said his previous estimates were based on the best data available at the time, a 2014 Canada Mortgage and Housing Corp. survey of property managers in and around Vancouver that reported only 2.3 per cent of all condos had off-shore owners. Data from the 2011 census showed less than 1 per cent of all homes in the region were owned by foreign citizens or temporary residents. Mr. Muir said an informal 2015 survey of about 200 realtors by the Real Estate Board of Greater Vancouver reported 3.6 per cent of residential transactions involved foreign buyers.

"We looked at what was the available data, so I would challenge you to show me what was available – before the government came out with their data – that would suggest it was higher," he said.

Premier Christy Clark pointed to Mr. Muir's analysis of these stats last summer as proof foreign ownership of property was not a problem when she rejected Vancouver Mayor Gregor Robertson's call for government regulations to cool the market.

At that time, Mr. Muir and his organization said enough information was available to allow the government to create an effective policy – something he said remains true today. Since June of last year, his organization has recommended British Columbia track foreign buyers.

The government has said the February budget presented the best opportunity to introduce the necessary changes to the property transfer tax returns that would allow it to monitor the numbers of foreign buyers.

Mr. Muir says prices in the first few weeks after the tax was implemented at the beginning of August have remained steep, but more selection is coming onto the market thanks to slowing sales.

His association said on Thursday the Multiple Listing Service recorded that 9,900 residential units changed hands in July, a 3.4-per-cent decline compared with July, 2015. However, the average residential price of a home on the listing service climbed by 9.1 per cent last month compared with the same month last year, reaching $663,411.

Sales were still "well above" long-term average levels, but have dipped from the record-setting pace earlier this year, Mr. Muir said. He said it is typical for housing price increases to revert within 12 months of a rapid escalation.

Across the province, housing sales peaked in March but have been moving downward since, he added. Market supply has been at a 10-year low.

Robyn Adamache of the Canada Mortgage and Housing Corp. said the overall stock of active listings has started to increase by small quantities, but she noted the trends are preliminary.

"It's a moderating trend, but it's still a very healthy sellers market out there," said Ms. Adamache, principal market analyst for Vancouver. "So it's not like anything has dropped off or anything, but certainly it does look like it's moving toward more normal." 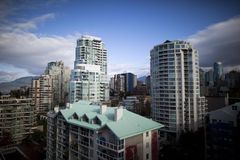 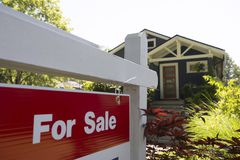 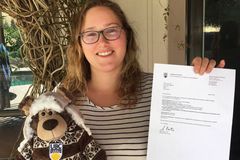