The sidewalk in front of Vancouver's 39 East Hastings has been a circus for a decade.

On a typical day, it's a melee of "binners" lined up with loads of cans and bottles, waiting to deliver their finds to the recycling depot United We Can; vendors selling everything from strawberries in plastic clamshells to T-shirts and radios; street people doing their thing; drug dealers weaving through the crowd.

But the days of anarchy are numbered, with a new home in the works for United We Can - all part of an unusual development dreamed up by a local housing non-profit that has tapped into the goodwill of prominent marketers, architects and developers.

That project, being spearheaded by Atira Housing's Janice Abbott, will give the new recycling depot more useable space on the ground floor. But it will also add dirt-cheap rental housing for some binners, among others, above the depot. As well, the building will include some equally cheap apartments that will be for sale - intended for people who work in local agencies - and a few higher-end condos thrown in to help pay the bills.

That, hopes the unique group of people who've come together on the project, will pull the recyclers off the street and disperse the crowd that accumulates around them, and bring a new kind of low-cost housing to the area.

"We made a commitment to the city that if we had the space, the lineups and our customers would come inside," said Brian Dodd, manager of the non-profit recycling business. "Our people get blamed for some of the activity on this street, but very little has to do with the folks standing outside."

Police say the space has rivalled the notorious Main and Hastings corner for the crowds it attracts.

"We've even had fights, assaults, weapons being produced," said Vancouver Police Department acting superintendent Dean Robinson, whose department gets calls, e-mails and face-to-face complaints from passing commuters astounded at the scene, bemused tourists who find themselves wading through it and disgruntled local business owners.

The problem isn't United We Can, a Downtown Eastside success story in operation since 1995, which is used by nearly 2,000 binners who collectively earn $2-million a year for what they scavenge. (The area has also become the base of operations for income-producing local gardens and street-cleaning crews hired by the city and film companies.) But the lineups of binners on the sidewalk gradually attracted many less savoury elements to the block.

City staff had been looking for a new site for the depot for years, but had been unsuccessful in finding something accessible for the binners, who collect recyclables all through downtown.

In the meantime, Ms. Abbott's housing society had bought the building next door to the depot and also signed a lease on the depot building, hoping to renovate it. She quickly realized the costs would be exorbitant, and started looking at redeveloping both sites to create low-cost housing.

"I have almost 400 staff myself down here and I wanted to create some affordable home-ownership units for people like them," she said. "Many staff live in residential hotel rooms now."

Normally, the only way a non-profit can consider doing something like that is by having the province fund all the construction costs.

But Ms. Abbott has put together an unusual proposal to self-finance the building. The costs will be reduced partly by contributions from condo marketer Bob Rennie, whose company will handle all sales without commission, developer Cressey Development Group, which will contribute part of its construction-management fee, and the architecture firm of Busby Perkins & Will, which will donate part of the cost of the design.

Otherwise, the building will be paid for through the rent or sale of space to United We Can, plus profits from the condos and provincial rent subsidies. About eight condos will be sold at higher-end market rates. Another 60 will be sold at the lowest possible price. Ms. Abbott said she'll need to raise another $3-million in donations.

About 100 units in the 169-unit building will be rented at a break-even $375-a-month rate, the amount that people on welfare get for housing.

Supt. Robinson and his officers are looking forward to the new building. "Our officers don't like running the gauntlet of that crowd," he said, "and neither does the general public." 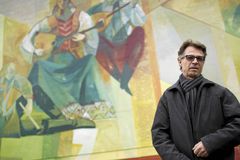 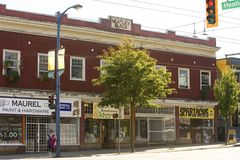