A year and a half after a public inquiry called for urgent action to protect women along a stretch of highway in northern British Columbia known as the Highway of Tears, mayors and other leaders in the region say the province has yet to contact them about what needs to happen.

Internal briefing notes also indicate a team of bureaucrats assigned to hold consultations with communities along Highway 16, where women have been disappearing or turning up dead for decades, have put that work on hold for much of the past year.

What emerges is a picture of slow progress that appears to contradict the province's claims that it has been busy holding a "tremendous number" of meetings about the issue with local governments.

A public inquiry into the Robert Pickton case also examined the phenomenon of murdered and missing women in the province's north, in particular along the highway between Prince Rupert on the coast and Prince George, a nine-hour drive to the east.

At least 17 women, many of them aboriginal, have vanished or been murdered along Highway 16 and the adjacent Highways 97 and 5 since the 1970s. Most of the cases remain unsolved, though investigators don't believe a single killer is responsible.

Much of the discussion about the Highway of Tears has focused on a lack of affordable transportation connecting isolated communities, which has led some women to resort to hitchhiking.

First Nations leaders released a report in 2006 recommending a shuttle bus along the highway.

Public inquiry commissioner Wally Oppal produced a report in December 2012 with more than 60 recommendations. Among them, Oppal endorsed the 2006 report and urged the province to "immediately" commit to developing an improved public transit system for the Highway of Tears, in consultation with local governments.

"I don't know who they've been talking to, but they haven't been talking to the mayor of Prince Rupert," said Mayor Jack Mussallem, whose community of 13,500 people is located 750 kilometres northwest of Vancouver.

"I'm starting to get a little concerned about whether or not we're going to see anything. ... It's not an issue that's going to go away, and hopefully it's somewhere on their priority list."

Mayors or city staff in Terrace, Smithers, Vanderhoof, Houston, Fraser Lake and Telkwa said they, too, have not been directly contacted to formally discuss the Highway of Tears issue.

The tribal chief of the Carrier Sekani Tribal Council and the chair of the Regional District of Bulkley-Nechako also said they had not been approached by the province.

Documents obtained by The Canadian Press through a freedom-of-information request indicate there was some work done in early 2013.

Staff within the Transportation Ministry and assistant deputy ministers from three different ministries were assigned to the file.

They identified potential stakeholders and compiled a list of existing transportation options in the region. A status report from February 2013 indicates staff held an initial meeting with the North Central Local Government Association that month.

But by the summer, the work appears to have wound down, according to the documents.

The families of four women connected to the Pickton case filed the first in a series of lawsuits last May, prompting the province to warn that it's work on Oppal's recommendations would be constrained by the legal process. None of the lawsuits involved women whose deaths or disappearances were linked to the Highway of Tears.

A Transportation Ministry briefing note in July said staff had not planned any further consultations because of the lawsuits, and the ministry confirmed in a statement last week that consultations had been "put on hold so as not to compromise the legal process."

The province settled the lawsuits in March.

Transportation Minister Todd Stone told the legislature in April that "there have been a tremendous number of discussions and meetings that have been held, particularly with local government officials, community organizations and other stakeholders throughout the corridor."

When asked what meetings had actually taken place, the Transportation Ministry identified only two: the February 2013 meeting with the North Central Local Government Association and a meeting last November with the Omineca Beetle Action Coalition, a group of northern mayors and regional district chairs, to discuss "rural and northern transportation challenges." Another meeting with the action coalition is set for May, the ministry said.

The ministry also noted BC Transit has been talking to northern communities about the possibility of expanding bus service.

Justice Minister Suzanne Anton declined an interview request. Instead, she issued a written statement repeating her previous comments that the issue is complex and that the government is committed to protecting vulnerable women.

A report released by the Justice Ministry last fall said staff had identified potential transportation options for the Highway of Tears and expected to begin consultations soon, though it provided no details.

Anton has insisted the highway is safer than it was 15 years ago and she noted there are several transportation options already in place, including local public transit, Greyhound bus service, rail service and a regional health bus that transports patients from rural communities to medical appointments.

Maurine Karagianis, the Opposition NDP critic for women's issues, said the Liberal government has done nothing new to improve safety along Highway 16 since the public inquiry report. She also pointed out Greyhound dramatically cut its service last year, which means the situation is actually worse.

"It's a mystery to me why the government hasn't made more progress on this," said Karagianis.

"All of the comments the minister (Anton) has made show how incredibly out of touch she and the government are."

Terry Teegee, the tribal chief of the Carrier Sekani Tribal Council, said he's disappointed, but not surprised, by the lack of progress on the issue.

"I think their lack of initiative just to look into the feasibility of this shows that it's not a priority for them," said Teegee, whose niece, Ramona Wilson, vanished in June 1994 and was found dead 10 months later.

Teegee disputed the government's claim that the highway is safe.

"There are still woman going missing," he said.

"This (proposed) shuttle service and other things that we are doing are to try to prevent this from happening." 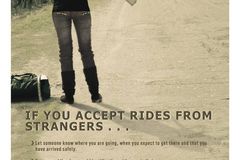 It's going to get a lot easier to reach B.C.'s backcountry
May 2, 2014
Report an error
Due to technical reasons, we have temporarily removed commenting from our articles. We hope to have this fixed soon. Thank you for your patience. If you are looking to give feedback on our new site, please send it along to feedback@globeandmail.com. If you want to write a letter to the editor, please forward to letters@globeandmail.com.
Comments