The design of the tailings pond dam at the Mount Polley mine that collapsed catastrophically last summer failed to address the unstable foundation on which it sits, a flaw that was compounded over the many years that the dam was repeatedly raised to accommodate a growing lake of toxic waste.

"It was a loaded gun, because the design of the dam was incorrect," Mines Minister Bill Bennett said on Friday after an expert panel released a report saying the structure collapsed because it was built on a foundation underlain with glacial silt.

The dam at Imperial Metals Corp.'s Mount Polley Mine operated for years without the design flaw being detected, raising concerns that other B.C. mines may have the same problem. As a result, Mr. Bennett has ordered all currently operating mines in the province to inspect the foundations of their tailings pond dams – 123 in total – to determine if similar unsafe conditions exist.

"If we encounter a situation where there may be similar circumstances that require additional work to be done, [mines officials] will make sure the dam is safe," he told reporters. "We have to take all the steps necessary to ensure this doesn't happen again."

That could be a setback for the B.C. Liberal government, which is promoting rapid expansion of mining with three new mines set to open this year. In response to the Mount Polley report, the province is considering new, more costly regimes to improve safety.

Norbert Morgenstern, who headed the panel, said the failure at Mount Polley can be traced to the original design, and government inspections could not have detected the fault. However, the panel is recommending a tougher regulatory environment, stricter design requirements and the use of independent review boards to oversee tailings facilities and improve safety.

The report said the initial dam was completed in 1997, and almost every year, the operators added to its height. As the load increased, that unstable foundation became weaker. Compounding the problem, in 2006, the operator ran out of rock fill, the material it used in construction. To compensate, it changed the slope of the dam to a steeper angle, an interim measure that was never corrected.

"We have gone ahead and built on this weak layer [of glacial silt], loading the gun," Mr. Morgenstern said. "Building the steep slope pulled the trigger."

Glacial silt is a fine sediment deposited by retreating glaciers. It is less stable than other layers such as rock or compact soil.

There was no warning when a perimeter section of the dam collapsed in the early hours of Aug. 4, he said. "There were people working at the foot of the structure hours before," he noted. "There was nothing to see."

Opposition leader John Horgan said the report suggests a staggering failure in governance. "The design was flawed, but every time they amended that design – 13 times – government had an opportunity to revisit the design to ensure the public interest was protected, and they didn't do that. This was a preventable accident."

When the foundation beneath the perimeter dam gave way, the pressure of water and tailings tore a gaping hole in the structure and released 10 million cubic metres of contaminated water into the waterways below.

The scale of the disaster was due in part to an "acute" surplus of water stored behind the dam. As a final irony, the report notes, plans were under way to add a buttress. Had that been completed before Aug. 4, "the dam would have survived."

The panel was asked to look only at the technical reasons for the dam failure, and it carefully avoids assigning blame. However, the report says there were ambiguities in the safety requirements, and that it is "disconcerting" that geotechnical engineers associated with the tailings facility never questioned the adequacy of the original site investigation.

The incremental construction of the dam, the report says, "is in many ways a story of too little, too late."

Imperial Metals spokesman Steve Robertson said the panel's determination of the cause of the breach agreed with the results of the company's own investigation. "The construction of our tailings storage facility was always in compliance with the design by the engineer of record," he added.

Two other investigations are ongoing that could lead to charges or fines.

Pierre Gratton, president and CEO of The Mining Association of Canada, said the industry largely operates without incident, but is taking the Mount Polley report very seriously. "A tailings failure is unacceptable. However, it is important to note that every day, there are hundreds of mines safely operating tailings facilities in Canada," he said.

In Alaska, where there are concerns about a flurry of new mines being built in B.C. along the border, the report was seen as proof of an environmental threat.

"The Mount Polley disaster is a stark example of B.C.'s stewardship of a project that the government and the developer claimed was safe. We can't let a similar accident taint the rivers of the transboundary region along the border between northwest B.C. and Southeast Alaska," said Mark Jensen, mayor of Petersburg, one of southeast Alaska's largest fishing communities. 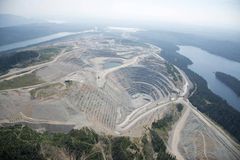 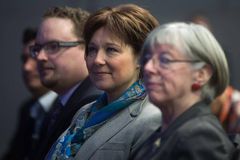 Vote: What concerns you most about the Mount Polley Mine tailings pond breach?
August 5, 2014
Follow Justine Hunter and Mark Hume on Twitter @justine_hunter @markhumeglobe
Report an error Editorial code of conduct
Due to technical reasons, we have temporarily removed commenting from our articles. We hope to have this fixed soon. Thank you for your patience. If you are looking to give feedback on our new site, please send it along to feedback@globeandmail.com. If you want to write a letter to the editor, please forward to letters@globeandmail.com.
Comments