Bloy, oh Bloy! It's safe to say no one's wild about Harry these daze, as the suburban MLA's political career begins to resemble nothing so much as that ill-fated, North Korean rocket, which did not so much soar, as plummet.

In a single year, Mr. Bloy has gone from obscure backbencher, up to cabinet minister, downwards to minister of state, then all the way back to backbencher again. Talk about your bumpy ride.

Now, like the rickety rocket, Mr. Bloy seems to have tumbled right to the bottom of the sea, stigmatized by one of the most bizarre outbursts in the history of the province's wild and wacky legislature, where it was considered normal for NDP members of yore to refer to Socred MLA Jack Kempf as "Mein Kempf."

Mr. Bloy's off-the-rails attack on NDP Leader Adrian Dix occurred during an otherwise routine debate on smart meters. Stormed he: "Sometimes it really makes me wonder about [Mr. Dix]stealing from the public, fraud. I wonder how he proposed to his wife. Is he like his good friend, Svend Robinson? I wonder how he did that."

As near as can be determined, Mr. Bloy was equating Mr. Dix being found without a $2.50 transit ticket one day to Mr. Robinson's theft of a $64,000 engagement ring. (The NDP Leader, a frequent SkyTrain user, says he lost the ticket.) Newt Gingrich would be proud.

Of course, the requisite retraction and fulsome private apology to Mr. Dix followed from a chastened Mr. Bloy.

Yet this is exactly the sort of attack-dog atmosphere the desperate Liberals have spawned. They have used the trivial transit ticket incident, themselves, as an example of the NDP Leader's unworthiness to lead the province.

"If he can't be trusted to pay for transit, how can you trust him with your vote?" demanded party leaflets in the Port Moody-Coquitlam by-election.

Finance Minister Kevin Falcon doesn't see anything wrong with these and other personal attacks on Mr. Dix. His past is fair game, he says.

One can't help wondering, however, what Mr. Falcon's reaction would have been if the NDP had peppered the airwaves with attack ads against Premier Gordon Campbell over his drunk driving arrest and jailing that infamous night in Maui. They didn't, and good for them.

But would that past have been fair game, too?

The depressing saga of teachers trying to roll back the inevitable and the government's chronic inability to be fair continues its unmerry way.

Bill 22 is fact. It is not going to be withdrawn. So why does the B.C. Teachers' Federation want to keep battling the bill by having its members withdraw from all voluntary extra-curricular activities?

Who does that hurt? Not the government. The only ones who suffer are students and those thousands of teachers who love their non-classroom activities.

The next provincial election is little more than a year away. Why doesn't the BCTF fight Bill 22 through the ballot box, rather than punishing those who can't change a thing?

But no plaudits to the government, either. Bill 22 is a clumsy piece of work. And the teachers are right to complain about mediator, Charles Jago. He may be the best mediator in all the world, but consider the baggage he brings with him.

In 2006, Dr. Jago produced an education report for the Liberal government that the teachers didn't like, he has twice attended Liberal fund-raising golf tournaments, contributing $1,000 in entry fees, and, astonishingly, he had a hand in wording a section of Bill 22, itself. In fact, even as the BCTF was being asked to submit its own mediator suggestions, Dr. Jago was already all but confirmed for the job. No wonder the teachers feel burned.

There are those who question recent pay raises won by members of the RCMP. I am not among them.

A mere glance at RCMP reports from early April in crime-ridden Creston shows why the Mounties deserve every penny, er, nickel. No incident or complaint is too trivial to be ignored.

April 2: "Four door hinges and screwdriver in a paper bag were located on Sunset Boulevard."

April 4: "A complaint was made of a male with a beard wandering aimlessly with stick on Cedar Street."

April 9: "The guilty conscience of a male who took a load of rocks from a West Creston Road rock pit caused him to return the rocks several days later. The man was seen returning the rocks, so he attended the police station to confess to his crime, thus bringing the mystery of the missing rocks to a close."

Somewhere, there's a novel in all this.

This just in. The local Canuckleheads trail the LA Kings three games to one in the Stanley Cup playoffs, and the town is pumped. Go figure. 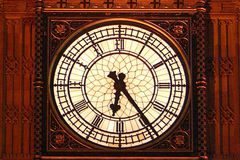 Christy Clark grandstanding against those riotous ruffians once again
October 6, 2011 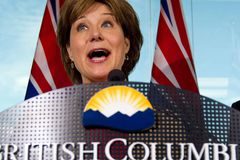 Kudos to Brar for his month on welfare
February 2, 2012 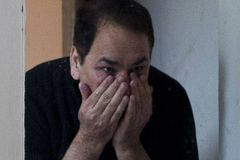