Canada's fisheries minister is dismissing concerns from stakeholder groups over suggestions the government agency tasked with conserving wild fish stocks is in a conflict of interest by also being in charge of championing the salmon-farming industry.

Removing industry advocacy from the purview of Fisheries and Oceans Canada was one of the key recommendations from a 2012 report by B.C. Supreme Court Justice Bruce Cohen into the 2009 collapse of sockeye salmon in British Columbia's Fraser River.

The public mandate letter from the Prime Minister to the minister of fisheries and oceans, a portfolio Dominic LeBlanc took over in June, directed him to "act on recommendations of the Cohen commission on restoring sockeye salmon stocks in the Fraser River."

However, Mr. LeBlanc said the ministry's mandate to preserve fisheries is fundamental to its responsibility to promote a viable, long-term salmon-farming industry.

"I think Fisheries and Oceans Canada has a responsibility to promote the sustainable use of fish resources in a way that's good for the local economy," Mr. LeBlanc said at a news conference on Tuesday.

"If it's a $2- or $3-billion piece of the Canadian economy, with $5-million in labour wages alone in that sector, I think Fisheries and Oceans Canada would be irresponsible not to."

Mr. LeBlanc was in West Vancouver to provide a status update on the Cohen commission's report.

Chief Bob Chamberlin of the Union of B.C. Indian Chiefs applauded the government's commitment to expand its focus beyond the commission's narrow analysis of the Fraser River's sockeye salmon run to the entire province.

But he also raised concerns about the agency's apparent conflict of interest between promoting industry and protecting fish, saying it raises the possibility of one being bolstered at the expense of the other.

"I'm completely in support of the Cohen commission's recommendations," Mr. Chamberlin said. "The [department's] primary responsibility … is looking after wild fish and the environment."

He also described some of the government's declared successes in making progress on Mr. Cohen's recommendations as "disingenuous," adding that more concise reporting is needed on which recommendations have been embraced. Mr. Chamberlin cited two of the report's orders: freezing fish-farm licences on Discovery Channel, a stretch of water between mid-Vancouver Island and the mainland, as well as consultation with First Nations on where to locate open-net fish farms.

"They did a little bit of discussions with First Nations on siting criteria, but it was absolutely meaningless," Mr. Chamberlin said.

"They tinkered around the edges and only wanted comment on tinkering."

And while the department has technically followed the recommendation not to issue any more permits in the Discovery Channel, Mr. Chamberlin said, it's approved facilities a scant eight kilometres up the coast.

Ian Hinkle from Watershed Watch Salmon Society said there's a pressing need to restore provisions to the Fisheries Act that protect not only salmon but their habitat as well.

"I think there's an opportunity to put more pressure on the minister to act immediately," he said. "Wild salmon can't wait."

The B.C. government thanked Mr. LeBlanc for his department's contribution in managing the province's fishery in a news release.

"We believe the collaborative approach outlined by the federal government, including the involvement of First Nations, stakeholders and the Province of British Columbia will lead to continued sustainable fisheries that help support coastal communities around British Columbia," Agriculture Minister Norm Letnick said in the statement. 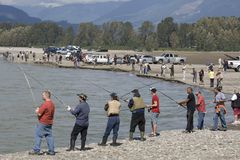 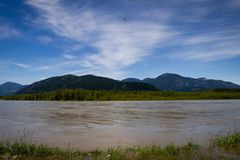 Canada joins mission that aims to uncover mysteries of the deep ocean
July 5, 2016 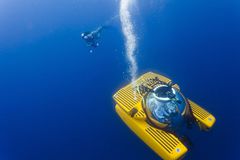