A year ago, Premier Christy Clark laid claim to the brand she wants for a liquefied natural gas industry in B.C. "We have set a goal to have the cleanest LNG in the world," she said.

Last week, the Premier appeared to have narrowed the scope of that promise, saying her commitment is "to have the cleanest LNG facilities in the world," ignoring the significant pollution issues that occur upstream in the production of the raw material, natural gas.

But even by that more limited definition, there are some wrinkles to be smoothed out as B.C. seeks to occupy a green niche in the competitive global LNG market.

A key factor in defining "clean" is what kind of energy will be used to produce LNG in B.C.

Initially, the major industrial plants that Ms. Clark hopes to see popping up along the coast were expected to tap into the province's mostly clean hydro-electric supply.

But at this stage, it looks more likely LNG will be produced by burning huge volumes of natural gas.

BC Hydro has, in its latest planning document, largely walked away from any obligation to serve the LNG industry.

The Crown corporation's draft integrated resource plan looked at the potential load in B.C. of the 12 publicly announced LNG projects.

It concluded it needs to add 3,000 gigawatt hours per year to its load forecasts to accommodate LNG – even though just three major plants would be expected to require roughly six times that amount of energy per year.

Hydro's resource plan states that the plants will be mostly self-sufficient, using on-site combustion of natural gas to run the liquefaction compressors that cool natural gas into liquid form.

For the rest of the demand, Hydro wants to build gas-fired generation to provide "valuable system flexibility and reliability value … where most of the LNG developments are expected."By no legitimate definition is natural gas-fired power generation a clean or renewable resource.

Since 2010, the B.C. government has been aware of a potential choke point in its LNG ambitions: The restricted airshed that surrounds the community of Kitimat, one of the main centres for the proposed industry.

David Bowering, the chief medical health officer for Northern Health Authority, has been raising concerns about Kitimat's air quality with the province since January.

"We are on the front edge of an enormous resource boom, and everybody is scrambling to catch up, and often we are behind the curve on the potential polluting consequences," Dr. Bowering said in an interview. His office has been inundated with requests from proponents for LNG, mines, pipelines, and oil and gas drilling, to help them complete health-impact assessments. He has one part-time assistant responsible for helping with those technical requests.

"It's a critical issue for northern health. How do we ensure the health of the public is protected? We need some help with this."

Last week, the provincial government announced that it will conduct a study to assess the potential consequences of building LNG in Kitimat, but until the results are made public, LNG production can't claim a clean bill of health.

In addition to those unknowns, there is the B.C. Liberal government's commitment on climate change. Under Ms. Clark's watch, the province passed a law to deem natural gas a clean energy source. Last May, on the election campaign trail, Ms. Clark hammered the opposition NDP for proposing to extend the carbon tax to capture natural-gas emissions.

Adrian Dix, the NDP Leader, said Ms. Clark's actions undermine her sales pitch. "There is a chasm on this file between the Premier's statements and the reality of what she is doing."

The Premier has been offered a similar caution against over-promising on LNG, but from a very different source. Preston Manning, the Reform Party icon who helped Ms. Clark bring back her B.C. Liberal party's conservative flock, spoke at an energy conference in Fort St. John last week – a community that is anxious to see LNG succeed.

Without singling the Premier out directly, he nonetheless chastised any politician who would campaign – as she did – on "overblown promises" of a massive LNG industry before a single contract has been secured. He was talking about the revenue potential, but his words could as easily apply to the marketing campaign. 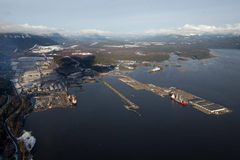 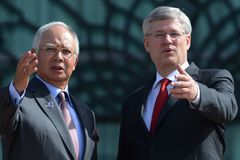 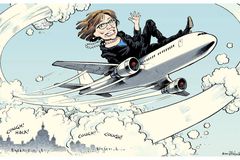 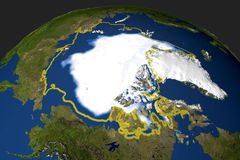 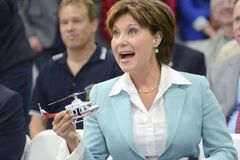 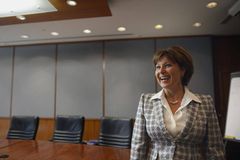