Kathleen Higgins and her husband John have one extremely valuable asset that they're trying to use to help their children get a foothold in the local housing market.

It's their own single-family lot in north Delta, currently the site of a 1970s-era house where the Higgins brought up seven children.

But they'd like to redevelop the house to help those kids. Not by building a gigantic mansion with multiple suites, as some families have done. Nor by selling it and handing out down payments to their children for starter condos, while they retire to a small apartment.

Instead, they want to take their lot and create four small houses on it, which could provide homes for four separate families – including themselves and some of their children.

"I think there's a large proportion of the population that wants to downsize, but there aren't enough choices," said Ms. Higgins, whose architect husband came up with the preliminary drawings. "I have a son who's getting married and he and his fiancée live in a basement suite. If we could do this, he could own a small home."

The City of Vancouver has led the way in encouraging homeowners to densify their single-family lots, allowing secondary suites a decade ago and then laneway houses since 2009.

But the move to fit more housing into single-family zones isn't confined to the central city, as a result of many families like the Higgins looking for options.

Throughout Metro Vancouver, homeowners from the suburbs – the place that used to be the kingdom of the single-family pastoral lifestyle – are looking at how to maximize the precious real-estate they have in order to house parents, children, grandchildren and mortgage-helping tenants.

The dynamic of land-rich baby boomers is one that Vancouver condo marketer Bob Rennie talks about frequently, saying this is the group that has billions of "tax-free found money" in real estate. In his world, those boomers are in the process of cashing in their single-family properties to help their children buy their first condos, while the boomer parents use the remainder of the money to buy their retirement condos.

But although that's definitely a reality for some, it's not a scenario that every house-owning boomer is excited about.

Ms. Higgins says she doesn't want to live in a strata, with the endless rules about what you can and can't do, along with the uncertainty of maintenance. And she wants to stay in the community she's lived in for decades. That's why she turned to the idea of creating her own housing project on the family's 66-by-100-foot lot.

Planners and their councils in a number of suburbs are increasingly sympathetic to those ideas. Driven by demands from current residents for different options, by the changing demographics of those arriving, and by a general belief in creating more mixed communities, they are experimenting with what are often called "alternative" forms of housing in previously homogenous zones of one-family houses.

Last year, Coquitlam introduced a new kind of zoning that will allow owners to build four small houses on a single-family lot, as well as triplexes, fourplexes and fiveplexes. (Homeowners can choose which of those rezoning options they prefer in certain designated areas of the city.)

"There has been a fair bit of interest in what we're calling our neighbourhood attached-residential areas," said Jim McIntyre, Coquitlam's planning director. Not hundreds of inquiries, but at least dozens in the first phase of the initiative. He expects more as Coquitlam, once the archetypal bedroom suburb, continues to change.

"The conventional model of the suburban house doesn't work as much any more," he said. "The mom and pop, three kids and the station wagon, that's less the norm."

Coquitlam, like many other parts of the region, has a lot of new Canadians who are often living with three generations together, trying to figure out housing that accommodates all of them. It's the same story for many old Canadians, too.

In North Vancouver, Gary Bridger took advantage of that city's relatively new bylaw allowing coach houses to build one for his mother – an ideal solution both economically and stress-wise, since he now no longer has to race to Port Moody to check on her if she hasn't answered the phone for a few hours.

West Vancouver is also cautiously looking at the possibility of allowing coach houses into that high-priced suburb, after community meetings in 2007 and 2008 produced a number of people who said they wanted more choices in West Van.

"People wanted other housing options besides the big house on the big lot or the apartment in Ambleside," said West Vancouver's senior community planner, Stephen Mikicich.

West Vancouver council did approve a pilot a couple of years ago in a small project near Marine Drive that included coach houses behind duplexes, developed by Michael Geller.

Now the challenge is to come up with something that will work for the whole city of West Van, not just a single project. Mr. Geller's project produced a fair amount of opposition, including from billionaire Jimmy Pattison who lives much higher up the slope in West Vancouver.

And a recent city-sponsored panel on the topic drew many opponents, who worried about giant coach houses blocking their views, about the effect that adding coach houses to lots will have on already-high real-estate prices, and about the somewhat exclusive district losing its character.

"There is strong support for the notion of coach houses, but the devil is in the details," said Mr. Mikicich, whose department is working on a possible set of rules for building coach houses in the city.

Back in Delta, Kathleen Higgins doesn't have a formal council policy to count on. But she is hoping that the city, which asked for new ideas for the north Delta area where she lives and which has been encouraging other housing experiments, will give her a hearing.

Like people in West and North Vancouver who support coach houses, Ms. Higgins points out that, with the way zoning works now, builders can put up gigantic houses that fit current suburban zoning codes and no one gets to say anything. That's even though those massive houses can block views, change neighbourhoods and create parking problems.

She says options like what she and her husband are proposing give suburban areas some alternatives to ripping everything down and replacing it with the biggest house around.

"Do we want Delta to be filled with big houses that no one can review?" she asks. "People are really against replacing the older houses with one big house with a number of suites."

She has gone around her neighbourhood to get support for her project. Of the 25 houses she went to, 23 were in favour of the idea.

Delta has allowed some experimentation with housing in the past decade, says Marcy Sangret, the deputy director of community planning. It recently legalized basement suites. It has allowed some coach houses, particularly in the more village-like Ladner area. And it is seeing homeowners petition more frequently to subdivide their large lots into two.

The Higgins' project is a big jump forward from that, though, with its proposal to insert so many small houses on a single lot, says Ms. Sangret. "Kathleen and her husband are really looking at the next generation," she said.

The Higgins will submit their formal application later this year, and then find out whether the suburbs are ready for their kind of new suburbanite. 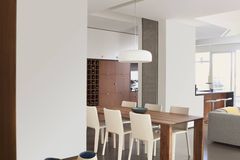 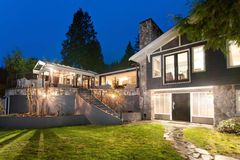