Cannabis could be effective in weaning Canadians addicted to opioids off the deadly drugs, according to a University of British Columbia study that examined existing research on how marijuana affects those with mental-health and substance-abuse issues.

Zach Walsh, a clinical psychologist and cannabis researcher who led the study, says the research shows many people are using cannabis to replace or lower their intake of heavier medications, though he cautioned that more medical trials are needed to prove how marijuana is helping those addicted to opioids.

"We need to explore the possibility that someone could substitute cannabis for an opioid and, most addiction professionals would agree, that cannabis is an easier habit to kick …" said Dr. Walsh. "So if you can transition to cannabis, then wean yourself off that, that might offer some opportunities for people."

Dr. Walsh and his team of five other researchers from UBC and two American institutions reviewed all studies involving mental health and marijuana published since 1960, and found a pronounced link between opioids and cannabis. Dr. Walsh said he hopes the study, published in the latest issue of the Clinical Psychology Review journal, will lead doctors and counsellors to rethink their views on cannabis.

Federal Health Minister Jane Philpott will host a conference this weekend in Ottawa to discuss an opioid crisis that has killed hundreds in British Columbia alone and resulted in thousands of overdoses, taxing police, fire and emergency health departments.

B.C. declared a public-health emergency in April as fatal overdose deaths spiked across the province, many linked to the powerful opioid fentanyl, which is now detected in more than half of deadly overdoses. By the end of September, 555 people had died in B.C., surpassing the number of fatalities for all of 2015.

Before last year's federal election, some of Canada's leading addictions experts called on the country's conservative medical establishment to opt for prescribing cannabis instead of frequently abused opioids to treat patients with neuropathic pain and a host of other conditions. Those experts cited studies from the United States, which showed such fatal opioid overdoses dropped by 25 per cent in states that have enacted medical-pot laws.

Dr. Walsh said clinical trials are now needed to show how and why the substitution effect takes place. He added a "dream trial" would compare whether people wanting to stop using opioids in favour of cannabis see better results than those who receive a marijuana placebo or those who try to quit using traditional methods: methadone or behavioural therapy.

He said such trials could be financed by Ottawa after it begins collecting taxes on the sale of recreational marijuana, which is expected to start as early as 2018.

With legalization of marijuana possible as early as next year in Canada, it's important to identify ways to help mental health professionals move beyond the stigma of cannabis, added Dr. Walsh.

"There is currently not a lot of clear guidance on how mental-health professionals can best work with people who are using cannabis for medical purposes," Dr. Walsh said.

Dr. Walsh said Canada could become a world leader in this type of research, especially since cannabis for trials is controlled much more tightly in the U.S., where pot is expected to remain a federally-prohibited substance for the next several years.

Opioid use behind hundreds of Ontario overdose deaths: report
November 10, 2016
new
Among veterans, opioid prescription requests down in step with rise in medical pot
June 6, 2016 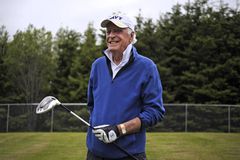 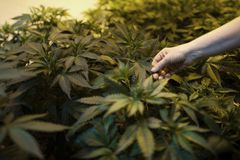