An internal RCMP investigation looking into the off-hours activities of a Mountie allegedly involved in sado-masochistic behaviour would appear to have two central questions to answer: Are the Internet images purporting to show Corporal Jim Brown in a number of disturbing S&M scenes actually him, and, if so, is the officer's conduct enough to warrant severe disciplinary action, including dismissal?

The matter is the latest controversy to rock the force in B.C., where scandals involving the Mounties have become regular fare. And it's also where the public has become used to seeing dishonourable conduct by officers go virtually unpunished.

Some think this latest imbroglio is too embarrassing and potentially damaging for the force to deal with in its usual fashion.

It exploded earlier this week when the Vancouver Sun revealed that images posted on a website allegedly showed Cpl. Brown in a number of bondage and torture poses with a woman, including some involving a large butcher knife. But the matter became muddled on Friday when a local erotica organization said the most controversial images linked to the officer were not, in fact, him but someone else. (The B.C. RCMP refused to comment on developments Friday, saying there is an investigation under way).

From the pictures, it's not completely clear. There are some photos showing a man wearing a kilt and knee-high boots, resembling ones worn by Mounties, acting out what would be considered mild S&M scenes with a naked woman. There seems to be little dispute that the person in these shots is Cpl. Brown.

But given that the outrage the story has produced has been mostly generated by Cpl. Brown's association with the most sickening of the images, it would seem that the first matter RCMP investigators need to address is whether the man in those particular photos is the officer in question.

The RCMP has admitted that it found "some graphic staged photographs" on a memory stick belonging to Cpl. Brown in December 2010. At the time, nothing was done because the commanding officer of the Coquitlam detachment did not believe they met the terms of what is considered a code-of-conduct violation.

The most recent investigation was prompted by a woman's complaint about the S&M images on the Internet alleged to involve Cpl. Brown.

But what were the photos that were originally discovered? Did they involve Cpl. Brown? Even if they didn't, does the RCMP want a male officer on its force who would associate himself with this type of activity?

Especially an officer who, as a senior member of his detachment, might well be asked to deal with cases involving violence against women?

Is it possible to separate one's private interests, pursuits and beliefs from one's job responsibilities?

Much has been made of Cpl. Brown's minor role in the investigation of serial killer Robert Pickton, convicted of torturing and killing women on his pig farm in Coquitlam. Some are suggesting Wally Oppal, chair of the Missing Women Commission, reopen his inquiry to examine whether Cpl. Brown's purported S&M proclivities played a role in prolonging Robert Pickton's killing spree.

It's certainly a fair enough question.

I think if you were to ask members of the public, most would say there should not be a role for an S&M enthusiast among the ranks of our national police force.

There are simply too many situations an officer can be put in that could possibly be compromised by an officer's interests in this area. And in the context of the sexual harassment controversy that has recently engulfed the force, it would seem even more important that it ensure that any man involved in hardcore sadomasochism not be a member of the red serge.

"We are told from the day we first enter officers training that we will be held to a higher standard in both our professional and private life," former RCMP officer Sherry Benson-Podolchuk said in an interview.

"If all this is true, it would show how he feels about women. I can't imagine him taking a victim impact statement from a woman who had been raped. Also, putting these pictures up on the Internet compromised him and the force. He runs the risk of being blackmailed by some criminal element."

Ms. Benson-Podolchuk, who left the RCMP after enduring sexual harassment by her fellow male officers for years, believes men involved in this kind of after-hours behaviour have no place in the force.

"I don't know any woman who'd want to work alongside someone who was into that sort of stuff," she said. "It raises too many questions. I think it brings the whole force into disrepute. I think he should be gone, no question about it."

The RCMP's record in this regard isn't very good. But maybe this time an officer has finally gone too far. 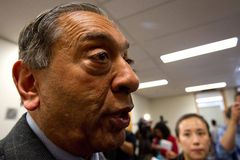 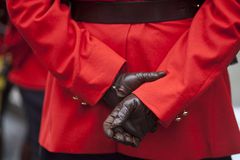 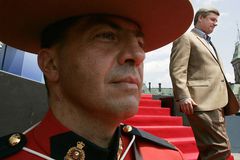