Vancouver police dubbed their department's new puppies as the "cutest crime fighters" even before launching a dog-naming contest for schoolchildren. Wayne Gretzky once posed with the Edmonton force's canine unit on a Christmas card.

But the common strategy for connecting with the community is hardly warm and cuddly for a Vancouver legal advocacy group that issued a report concluding dogs are the leading cause of injury at the hands of police forces across British Columbia.

"Promotion, propaganda, whatever you want to call it," said Douglas King, a lawyer with the society. "They're using the animal side of the dog and the affectionate side of the dog to cover what they really are, which is tools that have the capacity to be deadly weapons."

Pivot's three-year study released Thursday examined the use of dog squads among municipal forces and the RCMP.

It said B.C. is alone in Canada when it comes to lacking regulations around the deployment of police dogs to help apprehend a suspect.

The group tallied data from the RCMP and the Office of the Police Complaints Commission, finding that at least 490 people were bitten and injured by police dogs between 2010 and 2012. It also said the harm inflicted during a takedown charted highest in Vancouver, followed by Abbotsford, and was lowest in Saanich and New Westminster.

Police departments with the lowest prevalence of bites appear to provide higher levels of training, said King, the report's lead author. Some protocol suggests that dog handlers should call out a warning before releasing an animal, he said, but instead the report found there are no policies stipulating when a dog should be used.

The report, which includes interviews with victims, said dogs have sometimes been used even in cases of very minor crimes that may not involve any charges.

In B.C., the majority of forces train police service dogs with a method called bite-and-hold, as opposed to the other leading technique that simply sees the dog circle and bark, the report said.

"Our long-term goal here is to get to a place where all the departments are like the best departments, that best practices are being used across the province," King said.

The report recommended standardizing record-keeping that tracks details of dog use and putting restrictions on how the dogs are deployed.

Andy Rowe, 51, was a drug addict in March 2007 when he was attacked by a police dog in a Langley, B.C., parking lot after he stole a DVD from a store.

"It was like a movie. A wild animal attacking you, ripping your face off, biting your ear off, puncturing your skull and hearing Velcro tear — and it's actually your flesh that's tearing," the Surrey resident said.

"The dog was deployed as a weapon."

The provincial government struck a working group last year to survey police dog regulations, but has not released information on its status.

A request for an interview resulted in a short statement from Justice Minister Suzanne Anton.

"Police dogs are an important, effective policing tool but like any tool, they must be used consistently and effectively," Anton said, adding the province is in talks to finalize provincial standards with a focus on "appropriate deployment."

RCMP spokesman Sgt. Rob Vermeulen said the force will continue to participate in the provincial review while also "continuously researching best practices." He said the RCMP already reports all uses of force.

Owen Court, spokesman for the Independent Investigations Office, which investigates police-involved deaths and injuries, said the office takes on dog-bite cases only when they meet the severity threshold.

"It's been our experience that police agencies err on the side of caution and over-report cases to us," he said.

Vancouver Police declined to be interviewed, but a spokesman said the department was aware of Pivot's concerns and noted the group filed a policy complaint on police dogs in 2011.

The group's current report states the Vancouver dog bite rate is 14.75 bites per 100,000 people, or 22 per cent more bites than all other regions combined in B.C.

Minutes from a January 2012 meeting of the Vancouver Police Board show the policy review committee concluded that there was "rigorous accountability in place" and that no changes were required. 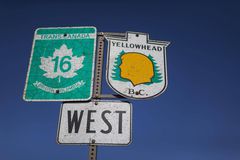 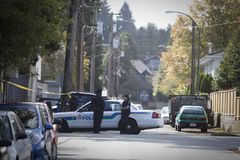 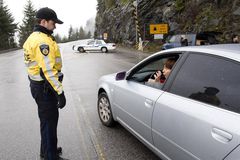