For Christy Clark and the B.C. Liberals, boring is good. The spring session of the legislature opens on Tuesday with a Speech from the Throne that could resemble an episode of Seinfeld – all about nothing.

The Liberals are almost midway through the four-year mandate voters gave them in 2013, and this session will reflect a government somewhat on cruise control. Last year was all about bringing in legislation to launch a nascent liquefied natural gas industry – one that is still waiting to take off. All the government can do now is wait – and hope – that the conditions that made LNG look so promising just a few short years ago return soon.

That said, even without LNG, the B.C. economy putters along just robustly enough to allow the government to continue to post modest budgetary surpluses. In fairness, that statement does a disservice to the Liberals' achievement on this front. Finance Minister Mike de Jong announced last week that the operating surplus for the year ending March 31 will be higher than the budgeted $444-million. The government's fiscal plan is for modest surpluses in the next three budgets.

It could be the only province in the country looking at that possibility.

In the past couple of years, only Alberta, Saskatchewan and B.C. have been able to balance their books consistently. We all know what's happened to Alberta. It remains to be seen whether Saskatchewan will able to remain in the black this upcoming fiscal year, because it has been hit by the plunge in oil prices as well.

B.C. could turn out to be the only one able to live within its means; a fiscal triumph for which it often does not get credit.

The public is likely to hear the government talk a lot in the next while about the need to develop and support a diverse economy – citing Alberta as a prime example of what happens when you hitch your wagon to one commodity, such as oil. This means the government will continue to do what it can to bolster the fortunes of sectors such as mining, forestry and tourism. The government is hoping the lower Canadian dollar will give tourism, in particular, a much-needed jolt.

The government is expected to introduce about 25 pieces of legislation, most of them of the mind-numbingly boring variety intended to make "life easier for citizens." In this spirit, the Liberals have zeroed in on the myriad, often excruciating, interactions the public has with government each day in a bid to make them less painful (reducing waits for birth certificates, as an example).

The government is also expected to amend legislation governing child support payments for those on social assistance. This is in direct response to the heavy (and legitimate) criticism the government has received from many quarters for a truly reprehensible policy in which the social assistance cheques for single parents (mostly women) are reduced by the amount of any child support payments they receive from an estranged spouse. That will end, allowing hundreds of women to climb a little further out of poverty.

Beyond the bills, the government will soon be trumpeting good news on health care. It's anticipated to be connected with fresh results showing how well health outcomes in the province stack up nationally versus the amount of money being spent per patient. In other words, expect Health Minister Terry Lake once again to be boasting about how B.C. has the best and most efficient health-care system in the country.

Outside the legislature, work will continue with First Nations on "reconciliation beyond treaties." The government has signed about 250 economic benefit agreements with First Nations groups across B.C., which is an alternate path to the often-maligned treaty process. The benefit agreements are often enough to get resource-development projects launched and jobs created, while satisfying (temporarily at least) the demands of aboriginal groups that are reluctant to venture down the treaty route for any number of reasons.

The legislature is expected to sit for the better part of four months. At which point most everyone will be tired of talking about nothing. 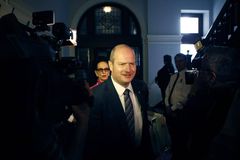