KALYEENA MAKORTOFF
VANCOUVER
From Tuesday's Globe and Mail
Published May 21, 2012 Updated May 1, 2018

It was between 5 and 6 in the morning and Elsie Erickson's mother had just begun lighting the stove when four RCMP officers barged into their tiny wooden home in the village of Krestova, B.C.

"She came to the bedroom and spoke and said 'Vanya stavai politcia skaya,' the police are here," Erickson said. "And from the tone in her voice I jumped out of bed ... and I tried to hide."

The seven-year-old had barely scurried under her bed when she was dragged back out by her foot.

Nearly 60 years later, she remembers her father asking if the family had time to pray.

Ms. Erickson and her brother spent the next four years in what she said felt like a jail.

They were housed with nearly 200 others in a residential school in New Denver, B.C., all children of a radical sect of Russian immigrants known as the Sons of Freedom Doukhobors.

Similar to the better-known stories of aboriginals forced into residential schools, the Sons of Freedom children were seized on order of the British Columbia government because their parents weren't sending them to public school.

Now, Erickson and 100 former residents are fighting for an apology styled similar to the redress given to their native peers in 2008.

The Doukhobors argue the schooling issue was an excuse to assimilate the Sons of Freedom. They say from 1953 to 1959, the children became victims of a long-standing cultural battle between their communities and the province.

Children were punished for speaking their own language, though few came into the schools knowing any English. Visits from parents were strictly limited, traditional dress was banned and cultural and religious ceremonies were left behind.

A group calling itself the New Denver Survivors Collective argued before the B.C. Human Rights Tribunal in early February that the government has unjustly refused to apologize to the Sons of Freedom.

They also pointed to hefty compensation packages doled out to other groups who faced abuse at B.C.-run residential schools as unfair.

Ultimately, the group wants the government to carry out recommendations put forward by a 1999 B.C. Ombudsman report, which called for an unconditional, clear and public apology.

The human-rights-tribunal ruling is expected late this summer.

Efforts were initially made to fulfill some of the ombudsman's recommendations, but the report, overall, was flawed, said Geoff Plant, the province's attorney-general, when the government began implementing the 1999 report's recommendations.

"In terms of the harm or the pain caused to the innocent children who were taken from their parents, that was a powerful and real fact."

He said in the years leading up to the residential school's creation, the Sons of Freedom became a concern for the province as a whole.

"When the government made a decision to seize these children, it did so in an attempt to respond to what was becoming widespread civil disorder in the Kootenays," said Mr. Plant, referring to the region they inhabited in southeastern B.C.

"There was increasing public alarm that this disorder was not being responded to."

Authorities were unhappy that the Sons of Freedom were not registering births, deaths or marriages and refused to send their children to public school.

They were even more alarmed by nude protests and anti-materialist demonstrations when members burned their own homes and out-of-village buildings to the ground. On occasion, homemade bombs targeted bridges and railways.

In 1953, the populist, conservative Social Credit government made moves determined to end the disorder. Students were sent to the schools shortly after B.C. passed a new law on compulsory education, despite a 1952 report led by the University of British Columbia that discouraged the children's seizure.

After a series of police raids that left villages childless, the community was shaken, Ms. Erickson said. Family members suffered fatal heart attacks and some even took their own lives.

Survivors themselves were deeply affected. Many residents adopted extremist views after their release. Others became alcoholics, lost their marriages and died early, she said.

"I think most of us are really badly damaged psychologically, emotionally. You know, when you take away children from their parents and you don't give them the love and the nurturing that they need, what grows up?" Ms. Erickson said.

"What kind of an adult do you become?"

A class action suit was launched by survivors in the late 1990s. Ms. Erickson said they were originally looking for a public inquiry, but were told it was too late to pursue.

Shortly after the 1999 ombudsman's report, the government began formulating its response. It decided to send all legal suits demanding monetary compensation for abuse straight to the courts. None were successful.

Meanwhile, the community was offered a commemorative project in lieu of monetary settlement. Consensus became a major roadblock, said Mr. Plant. Ideas were tossed around for a research project that would compile survivors' testimonials. Counselling was also offered and accepted by many survivors, Mr. Plant said.

The government eventually decided to build a roadside monument near the old New Denver school site. But halfway through the project, it met opposition.

The monument conflicted with Doukhobor cultural and religious beliefs that reject iconography, Ms. Erickson said. Others saw the memorial as an attempt to placate survivors, believing an apology would never be issued if it was approved.

Members of the group were still angry after a dozen survivors attended the Victoria legislature in October, 2004, believing they would finally be granted an apology. Instead, Mr. Plant delivered a statement of regret on behalf of the B.C. government.

"I regret that we weren't able to do more, or to do something that would bring a wider sense of closure," Mr. Plant said.

"And that's the way it sometimes is. You can't undo history and nor can you rewrite it 50 years later [in a way that]that pretends it never happened or makes it go away. You do the best you can in the circumstances, and that's what we did and that's where it lies." 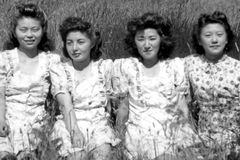 Fighting crime in a bygone time in British Columbia
May 3, 2018 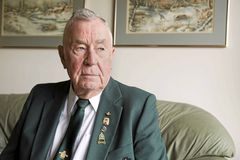 Opinion
Aboriginal reconciliation: An open letter to Stephen Harper
May 8, 2018 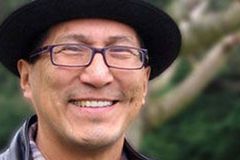