Dozens of people could have died because of a mushroom farm owner's negligence, the lead investigator into the deaths of three men on the farm has told a coroner's inquest.

Mohinder Bhatti of WorkSafeBC testified Tuesday the workers who died or were injured had no idea what they were doing when they tried to unplug a pipe on that fateful day in September, 2008.

"They weren't thinking straight," he said.

Mr. Bhatti said had they cleared the pipe fully, hydrogen sulfide, a colourless, poisonous gas that smells like rotten eggs, would have gushed out.

He said there were about 50 workers on the farm and another 20 or so in the area. Depending on which way the wind was blowing, the toxic fumes could have killed many people.

Mr. Bhatti said when officials measured for hydrogen sulfide, it was 500 parts per million, the highest their meter would record.

The inquest began Monday and is examining the 2008 deaths of Ut Tran, Jimmy Chan and Ham Pham. Two other workers were left with permanent brain damage.

The site where the men worked included a compost facility that converted chicken manure, straw, gypsum and water into fertilizer, which was then used on the mushroom farm.

The inquest heard the men had cut the rusty bolts off a pipe in the brown-water tank and partly cleared a blockage. One man complained of a smell and then collapsed.

Four others went into the shed to help and were either killed or horribly injured.

Mr. Bhatti said the workers could speak Vietnamese, but couldn't read or write in their own language, and no engineers were consulted on building the composting facility.

He said the facility was planned "on the back of a cigarette pack," and "was built to fail."

Mr. Bhatti said the Township of Langley never issued a permit to operate and was, in fact, in court on the day of the accident seeking an order to have the facility shut down.

Earlier Tuesday, the inquest heard that 18 people have died in enclosed spaces in B.C. in the past decade and all the deaths could have been avoided.

Geoffrey Clark, a WorksafeBC expert on confined spaces, said most of those deaths involved people trying to rescue others who'd been overcome by fumes inside a structure.

"It's built into us to try and rescue someone in trouble in those situations," he said. "You can't do that."

In the case of the mushroom farm accident, the paramedics who arrived on the scene did the right thing by staying out of the shed where the deaths occurred, said Mr. Clark.

"It will literally suck the oxygen right out of your body," he said.

Paramedics have already told the inquiry that they struggled to keep other farm workers out of the hut.

He said the regulations are some of the best in North America.

Companies should be prepared for such an event, have their own rescue teams and have an enclosed-spaces plan, he added.

"You have to make it the culture, and ultimately when people break the regulations and people die from your illegal activity, which is clearly what happened here, then you should go to jail for a while," he said.

Last November, a judge imposed fines of $350,000 on two companies, A1 Mushrooms and HV Truong, and their three owners, who pleaded guilty in the Langley incident. 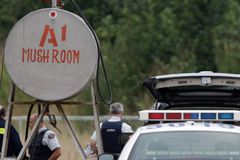 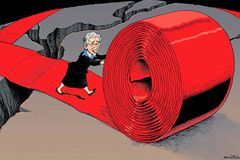 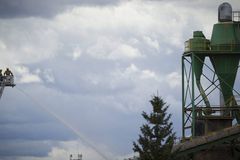