Surrey was not nearly the "close three-way race" many polls and pundits said it would be. Insights West, for example, released a poll early in the week putting Linda Hepner and Doug McCallum tied at 33 per cent and Barinder Rasode at 30 per cent. But from early on Saturday evening, results showed that Ms. Hepner held a huge lead over the other two. By night's end, Ms. Hepner, an ally of popular outgoing Mayor Dianne Watts, had 46,901 votes – more than Mr. McCallum (25,539) and Ms. Rasode (19,784) combined.

New Squamish councillor Peter Kent will have to set himself on fire. In a video posted to YouTube, Mr. Kent, a professional stuntman who worked as Arnold Schwarzenegger's stunt double in Terminator 2: Judgment Day, Total Recall and Predator, pledged that if voter turnout in 2014 was higher than in 2011 (41.2 per cent), "I as a professional stuntman will set myself on fire in the centre of this street." According to CivicInfoBC, this year's turnout was 44.5. Reached by email the morning after his election, Mr. Kent showed no signs of backing down, saying he is now looking into getting a district permit to set himself afire in accordance with city laws. "I would be remiss to break my first campaign promise, wouldn't I?" he wrote.

Vision Vancouver was decimated on Park Board. Vision, which previously controlled the Park Board with five of seven commissioners, was on Saturday night reduced to just one: former Vancouver Public Library chair Catherine Evans. This raises the question of how Vision's handling of hot-button issues – like keeping cetaceans in captivity and the battle with resident groups over control of community centres – factored in. Of the other six commissioners, four are NPA and two are Green.

Voter turnout in Vancouver climbed to 44 per cent, according to preliminary numbers, up from 35 per cent in 2011. This was seen in long wait times that at some polling stations reached an hour. The Britannia Community Centre even ran out of ballots mid-afternoon, with staff telling voters it would be at least half an hour before they could restock.

Nearly 3,000 people voted to make Obi Canuel – a self professed "Pastafarian" who wears a colander on his head as religious headgear – a Surrey city councillor. Mr. Canuel – an ordained minister in the Church of the Flying Spaghetti Monster, made headlines in recent months for his battle with the Insurance Corp. of B.C., which refused to issue him a driver's licence unless he removed his holy headgear for his photo. He ended up placing second-to-last in the race for city council, but he still received more than 2,800 votes.

Green councillor Adriane Carr has gotten a lot more popular. In 2011, Ms. Carr just barely made it on to Vancouver city council with 48,648 votes – just 90 more than 11th place finisher Ellen Woodsworth of COPE. This year, she was by far the most popular councillor, taking in 74,077 votes – 5,658 more than second place finisher George Affleck of the NPA.

For the first time, municipal elections candidates – as well as staff on the parties' payrolls – were prohibited from promoting themselves, or their parties, on social media on Election Day. This rule has existed for provincial elections and byelections for some time, but is new for municipal elections under the Local Elections Campaign Financing Act, which came into effect on May 29. Under the rules of the Act, a candidate can use social media on Election Day to post about something completely unrelated to the election – Gregor Robertson could Instagram his breakfast, for example – but he cannot use it to say "Get out and vote," even if he does not mention his party, Vision Vancouver. A campaign volunteer can use a personal account to post about the campaign as long as he or she is not being paid to do so. Those who violate these rules could face a penalty of up to $5,000 or one year in jail, if convicted.

The District of Stewart, with its population of about 500, had a voter turnout of 83.2 per cent. Results were hand-written on a sheet and posted online. Incumbent mayor Galina Durant was re-elected with 199 votes; competitor Steve Howe had 92. 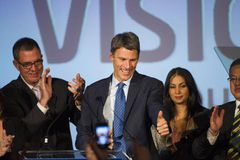 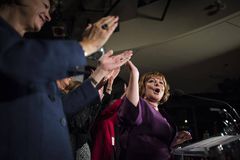 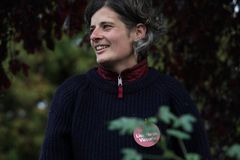 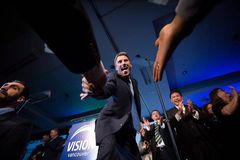 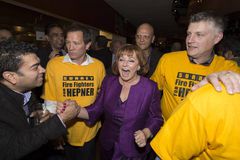 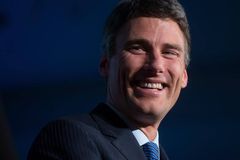 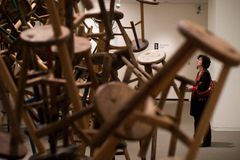