Both of British Columbia's major political parties are scrambling to stay ahead of an Elections B.C. probe into potential fundraising contraventions, promising to return any donations that are found to have violated the province's sparse campaign finance regulations.

The New Democrats are contacting donors this week, including lobbyists and union representatives, who have made contributions in their own name but may have been reimbursed by a corporation or other organization, a violation of B.C.'s elections law.

"We have been very pro-active, but we have identified four cases that require clarification, so we are in the process of contacting the individuals involved," said Glen Sanford, the deputy director of the B.C. New Democratic Party. "If there were any errors, we'll be contacting Elections B.C."

The internal review of donations over the past three years is continuing, but so far the value of the donations that have been flagged totals about $10,000, he said.

In a statement, a spokesman for the B.C. Liberals said the party is reviewing its donations after a Globe and Mail investigation revealed it collected tens of thousands of dollars in multiple donations from lobbyists who paid under their own names with personal credit cards on behalf of clients and companies and were reimbursed, which is against the law.

"We are currently working to review and remedy issues raised this weekend by The Globe and Mail," Emile Scheffel said in a statement on Tuesday. "We will not be commenting further until this work is complete."

In Question Period on Tuesday, NDP Leader John Horgan urged the government to ensure that Elections B.C. has the financial resources to complete its investigation into "the shady fundraising practices of the B.C. Liberal Party" before the May 9 provincial election.

"We have media revelations over the past weekend that the B.C. Liberals are taking money from lobbyists in an illegal manner. The elections office is looking at it. We are at the busiest time in the four-year cycle for Elections B.C.," Mr. Horgan said. "They will not possibly have the resources to do a thorough investigation into the shady practices that were outlined in The Globe and Mail over the weekend."

Finance Minister Mike de Jong said he is confident Elections B.C. has the resources for "the wide-ranging review that is taking place [that] will examine many aspects of fundraising." He mocked the NDP for "sanctimony," noting it is also aggressively seeking donations under the existing rules while demanding reform.

Justice Minister Suzanne Anton, who is responsible for both the Election Act and the Registrar of Lobbyists, told the House she expects lobbyists to follow the rules, but said her party will pay back any donations that violated the law. "There's certainly a commitment from my side of the House and from the party involved, the B.C. Liberals, that if there are donations which are given improperly, they will be returned."

The NDP has not voluntarily disclosed its donors from 2016 as the Liberals have, but the party will turn over the details to Elections B.C. this month as required, which will show it collected about $6.2-million last year from individuals, corporations and organized labour. That is half of the amount the governing Liberals raised.

Andrew Watson of Elections B.C. confirmed the agency is looking at potential contraventions of the Elections Act not limited to the Liberals.

"It's not party-based," he said. "It is a matter of potential contravention of the act. It's a matter we take seriously and we are putting resources into it." Mr. Watson could not say if the probe would be completed before the spring election.

B.C. has been criticized for its almost unfettered campaign finance system, but it does prohibit indirect contributions. A political party that identifies such donations is required to return the money and recover and void any income tax receipt it issued.

The governing Liberals have been criticized over the past year for fundraising tactics that include lucrative cash-for-access events such as small, private dinners with Premier Christy Clark for $10,000 a plate or more.

A year ago, the Premier promised to introduce a bill that would provide up-to-date reports on campaign contributions, but so far that law has not been introduced. As of Wednesday, likely no more than six days are left in the legislative session before this spring's election campaign begins, making the passage of such a law before the election unlikely.

B.C. Liberal Party says it has ‘nothing to hide’ on fundraising
March 6, 2017 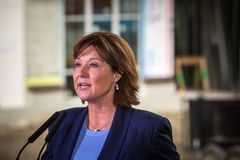 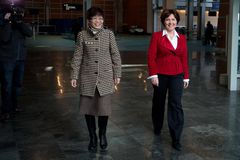 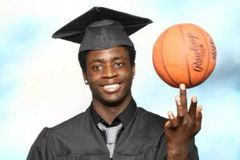