Two major fires have burned huge swaths of forest through the heart of the oil and gas patch in northeast British Columbia and northwest Alberta without causing any damage to infrastructure.

Pipelines, compressor stations, tank farms and active wells – all processing highly flammable hydrocarbons – have at times been surrounded by the huge fires, which have destroyed over 100,000 hectares of forest north of Fort St. John.

Government and industry officials say the lack of damage caused by the Siphon Creek and Beatton Airport Road fires – which erupted a month ago in the middle of the largest gas field in North America – is a testament to how emergency planning and preparations to withstand disastrous wildfires can pay off.

Graham Currie, a spokesman for the BC Oil and Gas Commission, said that when the high fire hazard became apparent in April, 72 operators with wells, camps or other facilities in the area were alerted.

"These permit holders were able to effectively assess their risks and take appropriate actions by working with emergency management personnel," Mr. Currie said. "There has been no damage to critical oil and gas infrastructure as a result of the fires."

The Siphon Creek fire, which so far has consumed 63,000 hectares of forest in British Columbia and 23,000 hectares in Alberta, and the Beatton Airport Road fire which has destroyed more than 15,000 hectares in B.C., burned over some buried pipelines. Not only did they escape damage, but Mr. Currie said in some cases pipeline right-of-ways "provided the foundation for a fire break, helping to contain the spread of fires."

Matthew John, a spokesman for TransCanada Corp., said his company's assets were saved by fire-protection measures.

"Our natural gas facilities have not experienced damage as a result of the wildfire. With pipelines, most of the infrastructure is deep beneath the ground where heat from the fires doesn't impact the integrity of the pipe," he said in an e-mail. "At above ground infrastructure such as compressor stations, the facilities are deliberately surrounded by concrete and rock with no vegetation so it doesn't burn."

In the wake of the Fort McMurray fire, the Canadian Energy Pipeline Association (CEPA) recently posted a bulletin on its website describing how oil and gas operations are built with potential catastrophic wildfires in mind.

CEPA said forest fires pose a relatively low risk to buried pipelines. Above ground facilities such as pump and compressor stations are exposed but emergency plans call for such facilities to have large, fire-resistant gravel areas surrounding them. Perimeter sprinkler systems are set up at some sites.

The industry also has its own firefighting crews and, in extreme events, an incident command system is activated to co-ordinate the use of industry crews.

"Overall, the emergency response plans that we have in place prepare us well for an appropriate and well-executed response should [a] forest fire come in close proximity to our sites," Julie Woo, a spokesperson for Canadian Natural Resources Ltd., a major player in the region, said in an e-mail.

"When there is a fire we have a very close relationship with all the oil and gas companies in the north," she said. "We are in continuous conversation with them if we feel there's a potential threat, [but] at that point it's kind of up to the oil and gas company to decide what it wants to do … they know how to protect their assets. That's not our mission."

A recent shift in weather has helped firefighters.

"We got snow [last weekend] … and the forecast for the next couple of days is some much needed rainfall," Ms. Reynolds said.

The fire burned within four km of his community, which has about 135 residents.

"We've been taken off the evacuation alert," he said. "They are after the hot spots, so it's looking pretty good, but it's still active."

British Columbia farmers brace for summer of drought
May 23, 2016 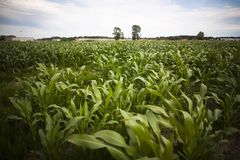 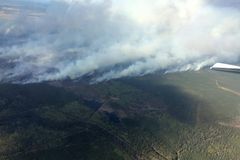 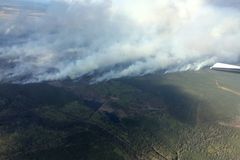