With its sole public agreement with a native group in tatters, Northern Gateway proponent Enbridge Inc. on Wednesday said it will continue to court the Gitxsan First Nation and other bands whose traditional territories would be crossed by the $5.5-billion pipeline project.

But even as Enbridge cited deals with more than 20 native groups that have agreed to take an equity stake in the pipeline, some Gitxsan leaders vowed to back those who want no part of the project.

"We stand together with all the other nations that are opposing [the Gateway project]" Gitxsan Chief Clifford Morgan said Wednesday in Vancouver, where he was attending a court hearing related to a blockade of the Gitxsan Treaty Society offices in Hazelton. "There would be too much destruction if an oil spill happened."

The Gitxsan pact with Enbridge – unveiled in Vancouver on Dec. 2 by hereditary Chief Elmer Derrick – was challenged within hours of being announced and pushed simmering rifts within the community into the open.

TransCanada has said it will reapply, but in the meantime environmentalists and policy makers can be expected to shift their attention to Northern Gateway, which the Harper administration backs as a critical step in gaining access to Asian markets.

Public hearings for the $5.5-billion project began this month. Dozens of native groups have voiced their opposition, citing fears of marine spills and other environmental impacts, and insisting that they would not take advantage of Enbridge's offer of an equity stake in the project.

Enbridge has agreed to provide up to a 10-per-cent equity stake to aboriginal interests.

In announcing the agreement, Mr. Derrick said it would bring jobs and money, an estimated $7-million over the 30-year life of the project, to a region with widespread unemployment and limited opportunities. But neighbouring bands protested, pointing out that the proposed Gateway route wouldn't even cross Gitxsan territory.

Enbridge, meanwhile, said it had spent years working on the agreement and was confident that Mr. Derrick represented the consensus view of Gitxsan traditional leadership.

On Wednesday, however, the company said "it had learned that the Gitxsan Hereditary Chiefs have reconsidered their prior endorsement of Gitxsan participation as equity partners in our Project" and that the deal was off, at least for now. The Gitxsan have more than 60 hereditary chiefs.

"While we are disappointed at this shift in stance in relation to our 2009 protocol agreement with the Nation and in relation to 2011 meetings with Hereditary representatives, we respect this decision," Enbridge spokesman Paul Stanway said in an e-mail.

The company plans to keep working with the Gitxsan in relation to the project, as well as with other first nations groups, he added, citing "more than 20 groups who in recent weeks have fully executed and endorsed equity participation agreements."

The rifts within the Gitxsan community have wound up in court. A lawsuit against the Gitxsan Treaty Society by some members of the community is scheduled to go to trial this year.

And on Wednesday, a B.C. Supreme Court judge declined to strike down an injunction that he'd earlier granted against some Gitxsan who were blockading the treaty society office in Hazelton, instead putting a caretaker arrangement into effect while the other court case involving the treaty society proceeds. 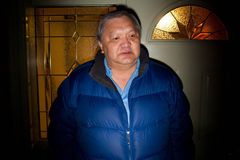 What the Gateway commission could learn from an oil sands pioneer
April 30, 2018
Kitimat weighs up the risks of oil and gas
May 3, 2018 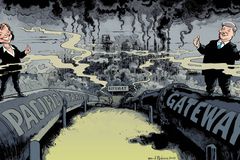 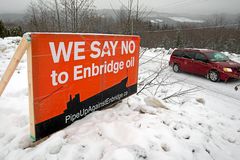