The B.C. Liberal government faces the prospect of heading into the next provincial election campaign without a resolution to allegations of criminal wrongdoing in the "quick wins" scandal. Rich Coleman, Deputy Premier and co-chair of the Liberals' election readiness team, predicts voters won't care.

Brian Bonney, a former government communications director in Premier Christy Clark's government, was charged Tuesday under the Criminal Code with breach of trust over his alleged role in a partisan campaign to woo ethnic voters.

Former attorney-general Geoff Plant on Wednesday blasted the province's justice system for the "inordinate delay" in laying a charge after a three-year-long investigation by the RCMP and a special prosecutor. It means Mr. Bonney's trial is unlikely to be completed before the May, 2017, election, he noted.

"Three years is too long for police and prosecutors to do work that results in one charge," Mr. Plant said in an interview. "It's because the system works for the system's convenience and it never works with any sense of any urgency in relation either to the people who are being investigated, or the public interest in the justice system that holds people accountable."

But Mr. Coleman told reporters he doesn't think voters will be swayed by the matter: The substance of the allegations were already known before the 2013 election campaign and the BC Liberals still won. "We went in 26 points behind and came out with a win, so it's not going to be the top-of-mind issue. People are going to look at jobs, the economy, who can best lead the province," he said Wednesday.

Mr. Bonney promised this week to mount a vigorous defence, and the case could yet reveal more details about the blurred lines between public and partisan activities within the B.C. government. However, Mr. Coleman made it clear the Liberals are ready to return fire if the Opposition NDP, which brought the complaint forward to the police, seek to use the Bonney case as a campaign issue.

Liberal insiders have been compiling instances where the NDP appear to have also blurred the lines between partisan activities and publicly funded work.

Mr. Coleman cited one case, where the NDP pooled publicly funded resources for MLAs' constituency offices to pay an NDP candidate, Gabriel Yiu, to do multicultural outreach before the last election.

"We know the NDP have already telegraphed they are going to have a dirty campaign. But when you go into that, you may have to answer for things like Gabriel Yiu," he said. "If you are going to go down that road, those type of things will come out, too."

The specifics of the case against Mr. Bonney remain murky. The special prosecutor, lawyer David Butcher, did not elaborate on the allegations against Mr. Bonney, and the hearing on Tuesday morning was covered by a publication ban.

However, an investigation on the eve of the 2013 election by the Premier's deputy minister, John Dyble, found Mr. Bonney played a key role in the creation of an elaborate and wide-reaching "multicultural outreach strategy" on behalf of Ms. Clark's government.

As well, her party repaid $70,000 to government for the time Mr. Bonney spent conducting BC Liberal business while he was on the public payroll.

The Dyble report was prompted by the Opposition NDP's release of a leaked draft ethnic-voter plan, which showed officials were working on a scheme to improve the BC Liberals' appeal to ethnic communities through a series of government actions that were described as "quick wins," including apologizing for historical wrongs affecting certain ethnic groups.

Ms. Clark, in Ottawa on Wednesday, said her government has already responded and she does not see any need for further action.

"It's all information that came out three years ago. He lost his job over it, the money was paid back," she said in an interview. "It's over and now justice will take its course." 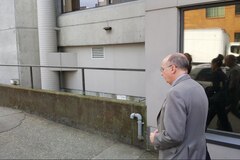 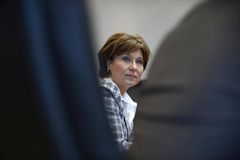 Follow Justine Hunter and Laura Stone on Twitter @justine_hunter @l_stone
Report an error Editorial code of conduct
Due to technical reasons, we have temporarily removed commenting from our articles. We hope to have this fixed soon. Thank you for your patience. If you are looking to give feedback on our new site, please send it along to feedback@globeandmail.com. If you want to write a letter to the editor, please forward to letters@globeandmail.com.
Comments