Residential water meters have the potential to cut individual consumption of an increasingly scarce resource nearly in half, and yet few municipalities across British Columbia have introduced universal metering for households.

Despite evidence suggesting the devices can dramatically curb water use, residential water metering in Vancouver and surrounding cities is far from ubiquitous – raising concerns about consumption and conservation at a time of worsening drought conditions and continued water restrictions in the region.

"If you're going to consume something – especially something as important as scarce water resources that are going to do nothing but become more scarce in the future because of climate change, demand growth and urbanization – then as stewards we need to have a very good handle on how much water is being used when and where," Dr. Renzetti said.

Vancouver introduced mandatory water meters for all new and renovated single family and duplex homes in 2012 as part of the city's 2020 Greenest City Action Plan. But the initiative left about 85,000 existing homes across the city running their taps meter-free. Vancouver has metered multifamily and commercial properties since the 1970s, and some duplexes built before 2012 that are on lots larger than a half acre are metered.

Vancouver decided to go "with a more gradual implementation and try to better understand the value that we're getting out of it," said Donny Wong, the manager of Vancouver's Waterworks Design Branch.

Indeed, Vancouver isn't unique in varying its metering strategy. While Surrey made water meters compulsory for all new homes in 1998, it still charges a flat rate for the homes built before then. New Westminster bills residents of single detached dwellings an annual flat rate of $404. The City of North Vancouver has made ready 39 per cent of single family, duplex and multifamily homes for future metering as part of its "meter ready" program, in the event that city chooses to implement a universal system. But for now, only its industrial, commercial and institutional properties are metered.

The City of Vancouver says the 25,000 meters it does have in its inventory capture 70 per cent of the total water use in the city. The city decided the $1,000 to $1,500 cost of installing a water meter on every property would be better invested in other water conservation efforts. Those efforts include looking into how to save water by fixing the city's leaking water mains, giving landlords incentives to retrofit rental buildings to conserve water, and placing bans on commercial cooling systems that don't recycle water.

"Previous councils and the public didn't see the value of going through such a huge expense to meter all the connections that aren't currently metered because they represent quite a small piece [30 per cent] of the total water-use pie in the city," Mr. Wong said. "It became a bit of a business case."

Dr. Renzetti noted that metering new construction homes is an important first step, but requiring them only for new homes has a relatively small impact on reducing water demand unless meters are installed to older homes as well.

"You have to recognize that there may be several hundred thousand homes that are existing without meters and you're only adding a couple of per cent every year to that stock," he said. "It's going to take years for that metered fraction to get bigger and bigger."

"Water meters are the wave of the future," he said. "In areas with growing population, pressure on water resources, anticipated challenges in meeting future demands, metering is going to be part of the equation." 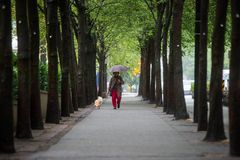 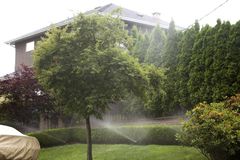 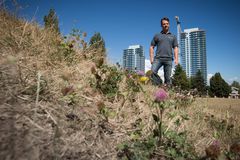