Marine experts in both Canada and the U.S. are raising concerns about the impact of underwater noise on endangered killer whales and other mammals on a shipping route that will become increasingly busy if the Trans Mountain pipeline expansion project proceeds.

A review of the Trans Mountain proposal by the Canadian Science Advisory Secretariat, of the Department of Fisheries and Oceans, has warned that an increase in tanker traffic associated with the pipeline project "has the potential to result in sensory disturbance to marine mammals from underwater noise, ranging from auditory injury to behavioural disturbance."

And a study by the National Oceanic and Atmospheric Administration, a U.S. agency examining threats to killer whales that use Puget Sound, has underscored the risk with a study that found dolphins and other marine mammals have to work harder to be heard when shipping traffic increases.

"As vocal effort increased, we found that there was a significant increase in metabolic rate," the NOAA researchers wrote.

The NOAA study is not part of the Trans Mountain review process and was not examining the impact of increased oil-tanker traffic. But its findings are relevant because it concluded that while mammals use only slightly more energy to produce louder vocalizations to be heard over the sound of ships, the impact could be significant if there is a lot of vessel noise over an extended period. That was also a concern of the Canadian report, which was prepared directly in response to the application filed by Trans Mountain Pipeline ULC.

Both studies were released earlier this spring but are taking on increased importance in light of a number of proposed developments around Metro Vancouver – including new or expanded coal, oil, LNG and container terminals – which will all generate large increases in shipping traffic.

Trans Mountain's plan, which is currently under review by the National Energy Board, would twin an existing pipeline, nearly tripling the amount of oil delivered to the Westridge Marine Terminal in Burnaby.

The project, if approved, would lead to an additional 720 tanker transits through B.C. waters each year. The tankers would travel through the southern end of Georgia Strait, passing the Gulf and San Juan Islands, before reaching the open Pacific via Juan de Fuca Strait. The shipping route transects critical habitat for killer whales, sea lions and other species.

"The increase in marine vessel traffic associated with the proposed project has the potential to result in sensory disturbances to marine mammals from underwater noise, and an increased risk of injury and mortality associated with mammal-vessel strikes," Fisheries and Oceans Canada's report states.

The report is critical of Trans Mountain's application stating it contains "insufficient information" to adequately assess the threats posed both by underwater noise and ship strikes.

"The [Trans Mountain] assessment considers noise from a single project-related ship, without taking into account the additive and cumulative effects of existing noise," Fisheries and Oceans Canada concludes.

The department's report warns that underwater noise can have an impact on the reproductive success of marine mammals while the NOAA study notes that ship noise can interfere with the echolocation used by whales in hunting food.

Misty MacDuffee, a fisheries ecologist with Raincoast Conservation Foundation, said anything that impedes the ability of whales to feed is a serious concern.

"It's just the growing din," she said Tuesday. "They are trying to [communicate and hunt] in an increasingly loud environment."

Margot Venton, a staff lawyer with Ecojustice, said the NOAA is currently trying to come up with standards for regulating ship noise in critical marine habitat.

"But there's no regulation here [in Canada] that deals with ocean noise and that really has to change on a pretty urgent basis," she said.

"The critical habitat is basically as noisy as it can be. We need to make it quieter," Ms. Venton said. 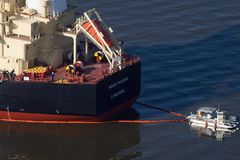 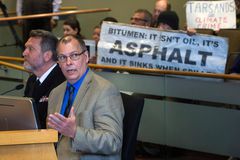 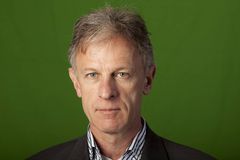