Susan Bibbings went to Africa to build a school out of the goodness of her heart and along the way she got an education in corruption.

It was a journey that almost killed her.

She is home safe now, planning to return to Mwanza, Tanzania, in January for the official opening of a community Montessori school built with goods and money sent from Vancouver. But when she talks of the day the project began to violently unravel, her voice falters, her hands tremble and she starts to sob.

"I had no idea what I was getting into … things were starting to spiral out of control," she said.

Hiding on an outside fire escape, while a gang of men ransacked her hotel room, Ms. Bibbings was thinking of her husband and four children back home. At that moment she thought she would never see them again.

"I did think, 'My God, I'm going to pay for this school with my life.'… I started texting my husband, my kids – saying I love them and I'm very sorry … but I was shaking so badly I couldn't get my thumbs to work," she said.

Ms. Bibbings became interested in charity work in Africa several years ago, after friends spent a volunteer vacation there and turned to her for help. She began fundraising for them, went for a visit herself in 2009, and after walking through the streets and seeing children the age of her own sleeping on cardboard sheets in alleyways, she wanted to do more.

"It was haunting," she said of the images of deprivation. "I couldn't get it out of my mind. … I thought, 'I've got to address this education thing to break the poverty cycle.'"

When she got back to West Vancouver, her mind was made up. She would raise enough to build a school by tapping into the powerful moms' network in her community. She was soon making connections with corporate leaders, big law firms, the BC Institute of Technology architectural science department and others.

Everything was cracking along so well that Ms. Bibbings became convinced the world was filled with good, honest people. Land was purchased in Mwanza. A building was soon going up, with volunteers from Vancouver on hand to help.

Then one day a local man pulled Ms. Bibbings aside and made a shocking claim: Some of the people she'd been working with in Mwanza were part of a tribal group that targeted unsuspecting international charity donors. The title to the land would be switched; the school would be dismantled and sold as soon as she left the country.

She went to a lawyer – and had her worst fears confirmed. Documents claiming ownership of the property by others had already been filed with the government. Ms. Bibbings, well-meaning do-gooder, appeared to have lost everything.

"I just felt sick to my stomach," she said. "Everything we'd worked for, for three years, was gone."

When she declared she was going to go to court to get the property back, she was told a better idea would be to leave the country as fast as possible. One day, after meeting with a lawyer getting affidavits to support her claim, a front desk clerk at the hotel whispered a warning.

"There's a problem," the woman told her. "Some men are looking for you. They say they are the police.… you better not go with them. You will disappear."

Her advice to Ms. Bibbings: Run for your life.

But before she could pack her bags, there was a pounding on the door. The men were coming upstairs. A hotel staffer dragged her down the hall and pushed her into hiding on an outside fire escape. She stood there shaking, listening to the men shouting as they tore her room apart. That night she hid out in rooms with other volunteers, moving several times to avoid the gang of men searching for her.

At 4 a.m., hotel staff helped her escape the building. Some of the volunteers from Vancouver went to the airport and left on flights that they had already booked. But Ms. Bibbings and one colleague, Gwen Megrian, didn't have flights for a few days. So they fled into the Serengeti, going ahead with a preplanned safari, thinking it was the safest place to hide.

"It was luxury travel meets the darkness of Africa," she said. "We were out there and my cellphone would go off. They were calling death threats."

A few days later, the two women made it to Kilimanjaro Airport and left safely.

But Ms. Bibbings didn't give up on the fight for the school. Working with "an honest lawyer" in Tanzania, and with the pro bono help of the Fraser Milne Casgrain law firm in Vancouver, she went to court in Africa – and in November a judge dismissed the false claims on the land and property.

Then she gifted ownership of the school to a legitimate charity, run by a Sister Denise Mattle of the Francescan Order. Ms. Bibbings said she isn't afraid to go back, because Sister Mattle is a powerful, respected figure who told her: "One thing they will never screw with is the Pope."

And more than anything, she wants to see that new school full of students. "There is no positive world change without educated children," she said in an e-mail. "I also believe that education is a human right, perhaps the most important one, as it acts as the foundational right that leads to other human rights."

Ms. Bibbings says she intends to keep fund-raising for the school. She wants to make sure the teachers get paid. 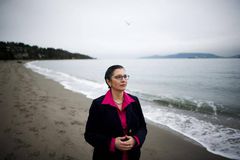 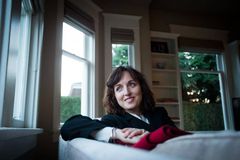 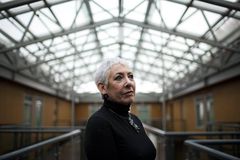 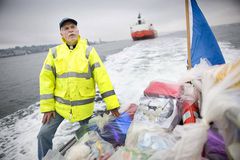